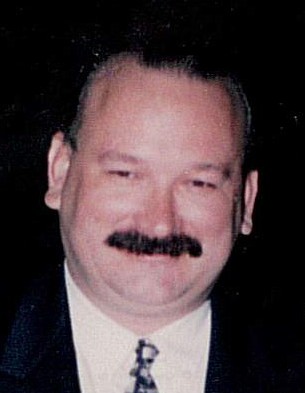 Robert A. Reuter “Oso Loco” (Crazy Bear) , age 60 of Montello, died of kidney failure on December 29, 2021 at Select Specialty Hospital in Madison. He was born December 21, 1961 in Beaver Dam the son of Ronald and Inez (Hadel) Reuter.

Robert graduated from Horicon High School and went on to serve his country in the U.S Marine Corps from 1979-1981. After his time in service, he was united in marriage to Marcela Aguilar of San Luis Potosi, Mexico. They settled in Montello and together they celebrated 20 years of marriage on November 17th. Robert was a loyal and hardworking member of Brakebush Brothers.  Robert was loved by so many and will be remembered forever as a hard worker and a family man.

He is survived by his wife Marcela, son, Robert Jr. and daughters: Inez, Valaria and Angelica Reuter as well as his granddaughter, Lana Marie Veth.  Robert is also survived by his mother, Inez, siblings: Crystal (fiancé, Ray Tuttle) Reuter, Ronald Jr. (Gina), Randy and Gene (Brenda) as well as many extended many members.   Robert is preceded in death by his father.

Robert “Oso Loco” will be loved and missed by many.

Private family services will be held.

Crawford Funeral and Cremation Service of Montello and Oxford is honored to be serving the family. www.CrawfordFH.com
To order memorial trees or send flowers to the family in memory of Robert Reuter, please visit our flower store.