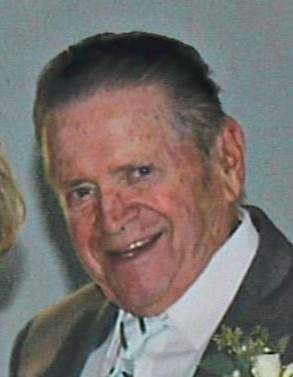 Peter “Ron” McHugh , age 83 of Westfield passed away unexpectedly Wednesday, January 5, 2022 at his home.  Ron was born in Vineland, New Jersey on January 23, 1938 to Peter J. and Helen (Barlow) McHugh.  He married Barbara Delzer in Chicago on June 30, 1956 and together they were blessed with three daughters.  Ron owned and operated O’Hare Van Lines in Chicago and with his intellect and incredible work ethic he retired at age 50.  He and Barb relocated to rural Westfield and through more hard work built MH Miniature Horse Ranch; they enjoyed traveling the entire country to various horse shows and proudly made Westfield the Miniature Horse Capital of Wisconsin.  Ron served on several miniature horse boards including the Midwest Horse Fair Board for many years.   He also enjoyed four-wheeling, boating, jet skiing and camping.  Ron will be remembered for sharing his words of wisdom along with his idea of being on time was to be an hour early.

Ron is survived by his three daughters: Colleen (Norlin) Reetz of Neshkoro, Kathleen (Scott) Virch of Westfield and Laureen McHugh of Westfield as well as five grandchildren: Charissa (Mark) Slife, Priscilla York, Jennifer (Troy) Burgess, Matthew (Nicole) Virch and Samantha Jo (Greg) Zabloudil.  He is also survived by seven great-grandchildren: Collin, Bryson, Brayden, Madelyn, Emma, Avery and Colette and the love of his life and the mother of his children, Barbara McHugh and his beloved 5.5 lb Yorkshire Terrier, Holly.

A funeral prayer service for Peter “Ron” McHugh will be held on Wednesday, January 12, 2022 at 11:00 AM at Crawford Funeral Home in Montello.  Visitation will be held from 9:00 AM until the hour of service.  Pastor Mark Hensley and Pastor Terry Temanson will preside, burial will follow at Westfield East Cemetery.

To order memorial trees or send flowers to the family in memory of Ron McHugh, please visit our flower store.