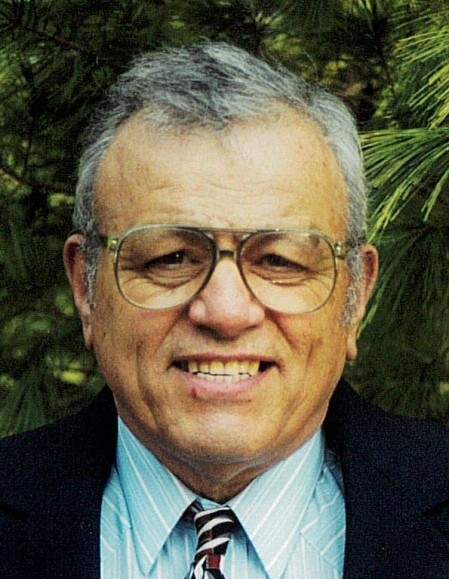 Alfredo “Al” Dominic Sebastiani , longtime resident and businessman of Oxford passed away at the home he built surrounded by his family on Monday, November 9, 2020 at age 90.  Al was born in Chicago on November 29, 1929 to Romeo and Lena (Manella) Sebastiani.  He graduated from Oxford High School in 1947 and married Beverly Olson at the Presbyterian Church in Oxford in June of 1949.   She preceded him in death on March 10, 2010.

Al was a hard worker at a young age, he helped work the farm and literally plowed the fields with draft horses.  He later had a hauling milk route and then went to work for the local grocery store.  He later purchased the business and owned and operated Al’s Town n’ Country Market in Oxford along with his wife for over 30 years.  After transitioning the grocery store to his son and son-in-law, Al’s focus was giving back to the community; he was on the Adams County Board for many years serving as Chairman for 8 years as well as a member of the Marquette Adams Telephone Cooperative Board of Directors.  Another love of Al’s was fishing and especially fishing in Canada; the memories he made on those trips were unforgettable and he always wanted to go just one more time. He spent many years going out to Wyoming each fall to hunt mule deer on Orchard Ranch with family and friends in a caravan of campers.  Al and his family processed venison and made sausage for many customers from far and wide for many years.  Al will be remembered for his integrity, work ethic and his no "BS" approach to life.

Al leaves behind his son, Michael (Cynthia), daughters: Debra (David) Netzer and Linda (Corey) Gage all of Oxford as well as seven grandchildren and eighteen great-grandchildren.  He is also survived by his brother, Arthur (Christine) of Ripon as well as other extended family and many friends.

Al is preceded in death by his parents, wife and sister, Mary Ann Sebastiani.

A public visitation with proper social distancing for Al Sebastiani will take place on Thursday evening, November 12 th from 5:00 until 7:00 PM at the Crawford Funeral Home in Oxford.  Another visitation on Friday, November 13th will be held from 10:00 until 11:00 AM at the funeral home.  Following the visitation, all are welcome to process to the Oxford Village Cemetery for a graveside service led by Pastor Brenda Pulver.   In lieu of flowers, donations are preferred to his family for a memorial that will be established in Al’s name.

To order memorial trees or send flowers to the family in memory of Al Sebastiani, please visit our flower store.