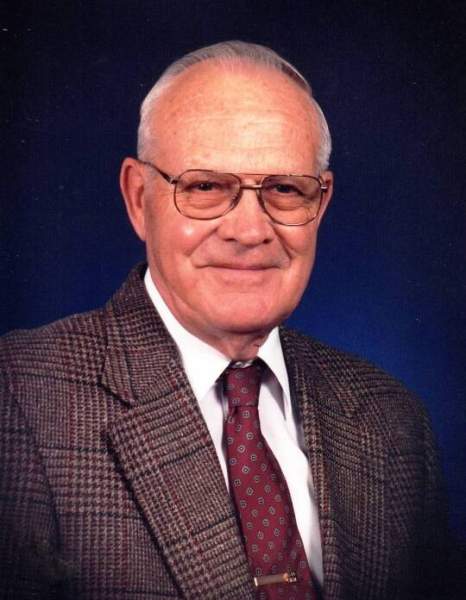 Alfred “Al” Nagel Jr. , age 91 of Montello passed away March 2, 2022.  Al was born on May 6, 1930 in Dodgeville, WI to Alfred H. and Laura E. (Ritcher) Nagel.  He was raised on the family farm in Cobb, WI and graduated from Cobb High School in 1948. He enlisted in the United States Air Force and proudly served his country during the Korean War from 1950-1953 as a telecommunications specialist serving in the 3 rd Communication Squadron in Korea.  Upon returning home from his time in service, Al became employed by GTE as a telephone repairman in Dodgeville, WI. He married Shella Kaske on June 6, 1959 at St. Paul’s Lutheran Church in Wonewoc, WI. and they later transferred to Montello, WI with GTE. He retired in 1990 after 37 years of faithful employment.

Al was a passionate pilot who spent much of his life building both kit airplanes and restoring antique aircraft in the basement of the home. Many weekends were spent flying to different parts of the Midwest to fly-in breakfasts; he often took one of the kids along for the ride while the rest of the family drove the chase car to the event.  Al rarely missed the annual EAA convention in Oshkosh and came away more than once with a trophy for the quality of his craftsmanship.  Al loved the outdoors, taught his kids to hunt, fish and trap and along with Shella, made trips to our country’s national parks in South Dakota, Wyoming, Colorado and Utah.  He enjoyed an occasional trip to hunt pronghorn antelope in Wyoming along with fishing trips in Canada and Wisconsin with Shella. He also will be remembered for his support of his children's interest in sports by attending most of their sporting events, never neglecting one over the other.

Al leaves behind his four children: Roger of Brooklyn Park, MN, Linda (Wayne) Beyer of Appleton, Karen (Anthony) Furgiuele of Pittsburgh, PA and Edward of Parker, CO as well as four grandchildren: Michael, Hunter, Nicole and Danielle.  He is also survived by his brother, Robert (Donna) and other extended family members.

Al is preceded in death by his parents, wife Shella and three siblings: Wendell, Marion (Paul) Raess and James.

Alfred Nagel will be laid to rest on Saturday, April 30, 2022 at Calvary Cemetery in Cobb, Wisconsin at 11:00 AM with full military honors.  Should you have any questions about this service, you are welcome to contact Linda Beyer at 920-731-9978.  In lieu of flowers, donations are preferred to the Marquette County Veterans Service Commission, PO Box 214 Montello, WI 53949 to assist local veterans in need.

To order memorial trees or send flowers to the family in memory of Alfred Nagel, please visit our flower store.