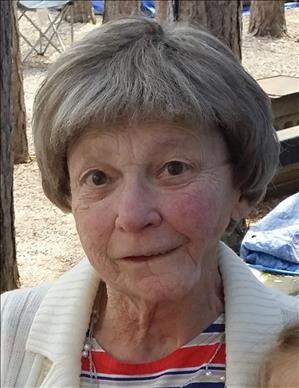 Alice Elizabeth Campbell, age 72 of Packwaukee passed away Friday, April 28, 2017 at her home. Alice was born in Braddock, Pennsylvania to Arthur and Dorothy (Powell) Linsenbigler on September 16, 1944. She married Edward "Ed" Campbell on March 4, 1961 in Winchester, Virginia. Together they moved to Wisconsin and relocated to several times. They owned and operated the Longbranch Tavern in West Rosendale and later Badger Video in Montello. Alice also worked for Flambeau Plastics in Baraboo and most recently tended bar at American Legion Post #351 in Montello. Alice enjoyed gardening, fishing, crocheting and spending time with her children, grandchildren and great-grandchildren. Alice leaves behind her husband of 56 years, Ed and two sons: Edward Jr. (Sue) of Oshkosh and Baron (Ann) of Baraboo as well as ten grandchildren and many great-grandchildren. She is further survived by extended family members and many friends. Alice is preceded in death by her parents and a sister and four brothers. A funeral service for Alice Campbell will be held on Tuesday, May 2, 2017 at 11:00 a.m. at the Crawford Funeral Home in Montello. Visitation will be held from 9:00 a.m. until the hour of service. Pastor Larry Sheppard will conduct the service and burial will follow at Underhill Cemetery, town of Packwaukee. In lieu of flowers, donations are preferred to the family for a memorial that will be established in Alice's name. Crawford Funeral and Cremation Service of Montello and Oxford is honored to be serving the family. www.CrawfordFH.com

To order memorial trees or send flowers to the family in memory of Alice Campbell, please visit our flower store.