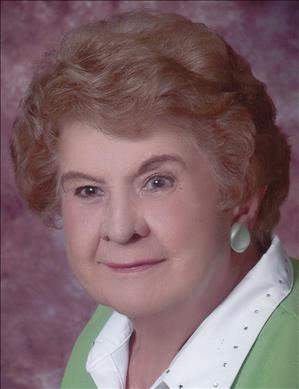 Alice John, age 95 of Montello passed away peacefully Monday, November 6, 2017 at her home. Alice was born in Chicago on September 26, 1922 to Walter and Antonette (Martowski) Konaszewski. She graduated from Englewood High School in 1940 and married Carl "Cal" John on October 26, 1946 in Montello. Together they were blessed with three sons; Cal preceded Alice in death on August 9, 1993. Alice had several jobs throughout her life: Handcraft in Princeton as well as at Bentley Pharmacy in Montello and retired from the Marquette County Courthouse where she worked as a bailiff for many years. She will be remembered as a generous and loving person. Alice enjoyed visiting at the Senior Center and socializing with her friends. Alice is survived by two sons: Jeffrey (Cathy) of Oregon and Tim of Montello as well as eight grandchildren: Charles, Thomas (Mikki), Matthew (September), Maxwell (Ashley), Jason (Whitney), Jason, Maggi and Karli. She is also survived by seven great-grandchildren and one more on the way. Alice is further survived by her niece, Mary Ann Walters, dear friends: Phyllis Mabie and Gerrie Downs as well as several extended family members. In addition to her parents and husband, Alice is also preceded in death by her son, Robert O'Grady, brothers and sisters, several nieces and nephews and her close friend, Clarice Cotter. A memorial service for Alice John will be held on Saturday, November 11, 2017 at 11:00 AM at St. John's Evangelical Lutheran Church in Montello. Visitation will be held from 9:00 AM until the hour of service at the church. Pastor Pete Zietlow will preside and inurnment will take place at 1:30 PM on Saturday at the Montello City Cemetery. In lieu of flowers, donations are preferred to Agnesian Hospice Hope, 745 South Lake Street, Suite #4, Green Lake, WI 54941. Crawford Funeral and Cremation Service of Montello and Oxford is honored to be serving the family. www.CrawfordFH.com

To order memorial trees or send flowers to the family in memory of Alice John, please visit our flower store.