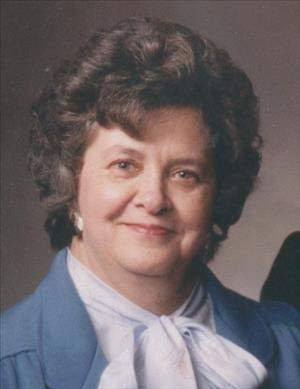 Alyce Darlene Oliver, age 89 of Montello passed away Thursday, May 18, 2017 at the Montello Care Center. Alyce was born in Marathon County, Wisconsin on February 19, 1928 to Martin and Pauline (Borchardt) Hildebrandt. She graduated from Wausau High School and married Melvin Brockhaus; together they were blessed with three children. Melvin passed tragically in a car accident and Alyce later married Robert "Bob" Oliver on June 8, 1957 at Trinity Lutheran Church in Wausau. Bob preceded Alyce in death on December 18, 2011. Alyce enjoyed playing bingo, watching the birds, cheering on the Packers and watching Nascar. She also enjoyed socializing with friends, homemaking and spending time with her family. Alyce is survived by two children: Robert Brockhaus of Milwaukee and Gail (Allen) Daniels of Montello as well as two grandchildren: Jody Daniels and Kelly Daniels. She is also survived by five great-grandchildren: Michael Goodwin, Tonisha Daniels, Kenny Ross, Vanessa Jones and Kylie Daniels as well as other extended relatives. Alyce is preceded in death by her parents, husbands: Melvin Brockhaus and Robert Oliver, daughter, Doreen Brockhaus as well as two brothers and two sisters. A funeral service for Alyce Oliver will be held on Tuesday, May 23, 2017 at 3:00 pm at the Crawford Funeral Home in Montello. Visitation will be held from 2:00 pm until the time of service. Pastor Jeff Radley will officiate and following the traditional service, Alyce will be cremated. Alyce and Bob will be inurned at the Montello City Cemetery at a later date. In lieu of flowers, donations are preferred to the family for a memorial that will be established in Alyce's name.

To order memorial trees or send flowers to the family in memory of Alyce Oliver, please visit our flower store.