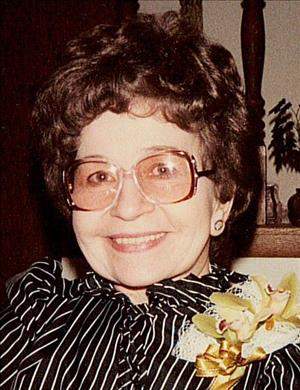 Amelia Louise (Ponewczynski) Wolvin, age 89 of Montello left this life on November 21, 2017 at home surrounded by family and her beloved dog, Sheba. Amelia was born in The Bronx, New York City to Hugo Stanley and Mary Catherine (Kremka) Ponewczynski on April 21, 1928. Her childhood was spent in The Bronx, then Eatontown, New Jersey, then in Brooklyn and back again in The Bronx. She graduated from Midwood High School in Brooklyn and attended Hunter College. After earning her BA in Philosophy, Amelia moved to Austin, Texas and continued graduate studies at the University of Texas. In 1951, she enlisted in the Army in Austin. While in Austin, she met John Wolvin, a physicist. They were married November 22, 1951 in Fort Lee, Virginia. Her husband's employment and her Army transfer brought them to the Northwest Suburbs of Chicago. After Amelia's Army service, she was busy raising five children in Prospect Heights, IL. After her husband's death in 1967 due to an automobile accident, she packed up her five children and moved to their weekend retreat home in Westfield. Amelia continued her schooling, earning a Master's Degree from the University of Wisconsin-Madison in Educational Counseling in 1971. In 1974, Amelia started working for Marquette County as the Program Director for the Unified Services Board. Amelia moved to Montello and continued in the position until July of 1999, retiring at the age of 71. Amelia loved the outdoors and continued to own property in Newton Township where she entertained and shared nature with her family and friends. Among her many hobbies were spinning wool and weaving on a loom. Amelia loved to travel back to the East Coast, wading in the Atlantic Ocean. Amelia was a strong-willed, determined woman who spent her time campaigning for the underprivileged and equality for all.

Amelia leaves behind two sons: Steve of Madison and Ed of Montello and three daughters: Laura Brown of Friendship, Anne (Rich Schumann) Wolvin and Lisa (Don Wieder) Wolvin both of Madison as well as two grandsons: Michael (Amy Stenftenagel) Wolvin and Tony Esealuka. She is also survived by great-grandchildren: Harvey and Simone and sister, Mary Ann Panevska as well as several other extended family members. Amelia is preceded in death by her parents, husband and sisters: Theresa Leonard and Helen Smart. A Traditional Latin Catholic Mass led by Father Ronald Brown will be held on Monday, November 27, 2017 at 11:00 AM at the Crawford Funeral Home in Montello. Visitation will be held from 9:00 AM until the time of service. Burial will follow at the Westfield East Cemetery.

The family wishes to extended heartfelt thanks to the all the staff at Agrace Hospice for their loving care during this challenging time. Crawford Funeral and Cremation Service of Montello and Oxford is honored to be serving the family. www.CrawfordFH.com.

To order memorial trees or send flowers to the family in memory of Amelia Wolvin, please visit our flower store.