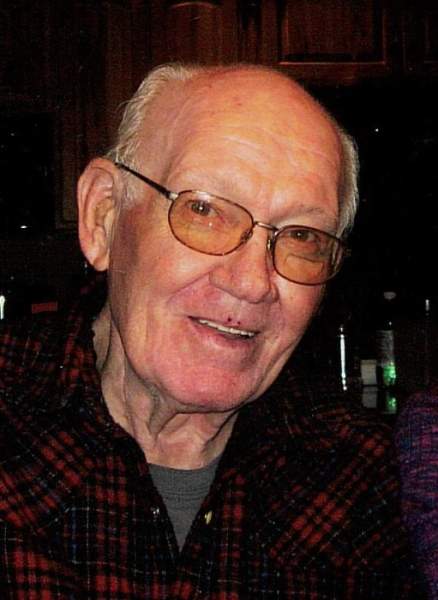 Arlen Wilbur Myers , age 90 of Oxford passed away Wednesday, September 4, 2019 at the Columbia County Health Care Center in Wyocena.  Arlen was born in Cheyenne, Wyoming on May 13, 1929 to Ernest and Clara (Wahl) Myers.  After graduating from high school, he valiantly served his country as a member of the United States Navy during the Korean War.  Arlen married Wilma Mills and together they had five children and later divorced; he married Mary (Sines) Williams on January 15, 1977 in Luther Valley Church near Beloit and was blessed with her seven children.  Together he and Mary lived and worked in the Beloit area until retiring to Oxford in 1991.

Arlen was extremely gifted mechanically and was a very talented woodworker.  Other hobbies included: fishing, tying flies, making wine, watching western movies, playing cards and shooting pool.  He loved his family very much; helping them and spending time with them was very important to Arlen.  He will not be soon forgotten.

Arlen is preceded in death by his parents, three sons: Terry, Tim and Rick and siblings: Robert and Margo and son-in-law, Chuck Trimble.

A memorial service for Arlen Myers will be held on Friday, September 13, 2019 at 11:00 AM at the Crawford Funeral Home in Oxford.  Visitation will be held from 9:00 AM until the time of service.  Pastor Brenda Pulver will preside and full military honors will follow the service. A luncheon will be held immediately afterward at the Oxford VFW. Inurnment will be private.  In lieu of flowers, donations to the family are preferred.

To order memorial trees or send flowers to the family in memory of Arlen Myers, please visit our flower store.