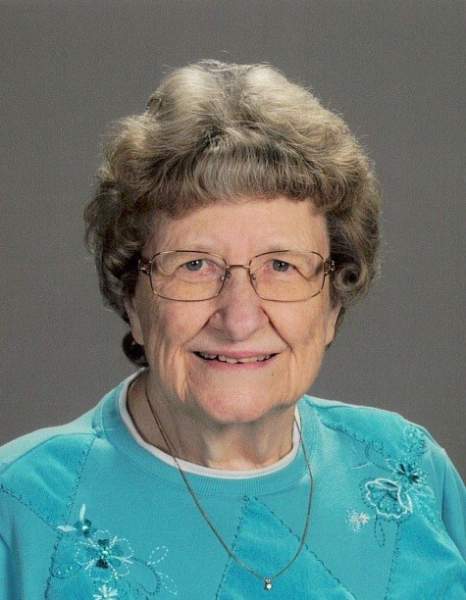 Barbara Ann Zellmer , age 82 of Neshkoro passed away on Thursday, November 11 th , 2021 at Juliette Manor in Berlin after a month-long illness. Barbara was born on February 22, 1939 in Rockford, Illinois to Linda and Arden Groskreutz and graduated from Oshkosh High School.  On December 13 th, 1958, she married Marlin Zellmer from Montello.  Barbara graduated from nursing school and worked at St. Joseph’s Hospital where she worked as an OB nurse for 17 years. Later, when their family of 7 moved to Colgate, Barbara worked at Menomonee Falls Nursing Home and later Luther Manor. After retiring, Marlin and Barbara moved to Montello. Barb was an active member of St John’s Evangelical Lutheran Church and served in the Ladies Aid.

One word that would sum up Barbara’s life was LOVE. She was a very loving, thoughtful person.  She was known for her great food and wonderful desserts. Barbara really enjoyed family gatherings and reunions.  She also found joy in playing the organ in her home and making people smile with her music.  Marlin and Barb loved going to Polka dances. We all had the privilege of being with her this past August for West Bend’s German Fest.  We can picture her dancing in Heaven with Marlin and her granddaughter, Lyndsay.

Barbara often said, “I’ll pray for you” and “One day at a time”. She was a great example of a loving Christian, and we celebrate her new Life in Heaven, where she has Peace that passes all understanding. May it bring comfort to know that right before she passed away her daughter, Julie, said, “Mom looked up, and had the biggest smile on her face”. We know she is now in the loving arms of Jesus. Rest in Peace Barbara, Barb, Mom, Grandma, and Great-Grandma.

A funeral service for Barbara Zellmer will be held on Friday, November 19, 2021 at 11:00 AM at St. John’s Evangelical Lutheran Church in Montello. Visitation will be held from 9:00 AM until the hour of service. Pastor Pete Zietlow will officiate and following the traditional service, Barbara will be cremated. Private family inurnment will be held at a later date.

To order memorial trees or send flowers to the family in memory of Barbara Zellmer, please visit our flower store.