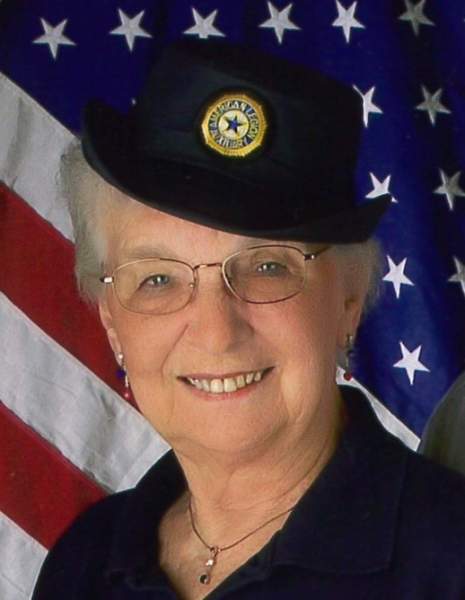 Betty Jean Murray , age 96 of Montello passed away peacefully Tuesday, January 7, 2020 at Agrace HospiceCare in Fitchburg surrounded by her family.  Betty was born in Portage to Julius and Naomi (Schult) Thurler on April 4, 1923.  She graduated from Portage High School in 1941 and married Thomas “Tom” Murray in New York City on August 10, 1942.  Together they were blessed with 75 years of marriage and three children.  Tom preceded Betty in death on October 20, 2017.

Betty was employed by Marquette County Social Services for many years.  She was an active member of Trinity United Methodist Church in Montello as well as the Montello Fire Belles.  Betty was active in the American Legion Post #351 Auxiliary and also volunteered at the Central Wisconsin Veterans Home at King.  In her early years, she enjoyed bowling, crafts and sewing.  Betty and Tom spent over 20 years as Winter Texans in Alamo and belonged to the Wisconsin Campers Association for over 50 years.  While in Texas, she volunteered as a tutor.  Betty always loved to dance with Tom.

Betty leaves behind three children:  Cheryl and Peggy Murray both of Madison and John (Susan) of Waunakee.  She is also survived by two granddaughters:  Jenny (Travis) Maass and Naomi (fiancé Dalton Johnston) Murray as well as two great-granddaughters: Alexis and Aubrey Maass and several nieces and nephews.

Betty is preceded in death by her parents, husband, and sister, Maxine (Warren) Holger.

A memorial service for Betty Murray will be held on Friday, January 17, 2020 at 11:00 AM at Trinity United Methodist Church in Montello.  Visitation will be held from 9:30 until 10:45 AM.  Rev. Kristen Lowe will preside and private inurnment will take place at the Montello City Cemetery.  In lieu of flowers, donations are preferred to the family for several memorials that will be established in Betty’s name.

To order memorial trees or send flowers to the family in memory of Betty Murray, please visit our flower store.