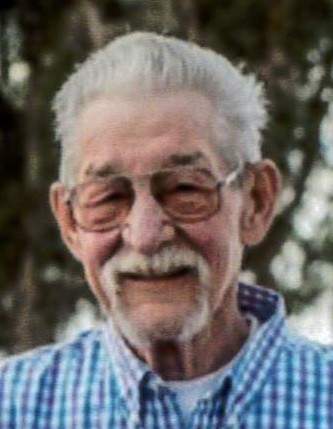 Boyd Vernon Bryant , age 77 of Montello passed away Friday, August 30, 2019 at St. Mary’s Hospital in Madison surrounded by his family.  Boyd was born at home in Randolph on February 21, 1942 to Earl and Verna (Austin) Bryant.  He graduated from Randolph High School and proudly served his country as a member of the United States Army.  On January 5, 1963, Boyd was united in marriage to Shirley Kitchen at the Presbyterian Church in Fox Lake; together they were blessed with four children.

Boyd and Shirley lived and worked in the Fox Lake and Randolph area.  He worked as an over the road truck driver and then as a correctional officer at the Waupun Prisons until retiring in 1996.  In retirement, he worked for Ptaschinski Construction in Beaver Dam.  Together he and Shirley relocated to Montello in 2006 and he became the “Dump Man” at the Montello Recycling Center.   Boyd’s hobbies included: woodworking, lawn mowing and plowing snow.  He was a longtime member of the Blue Knights International Law Enforcement Motorcycle Club.  Boyd was very proud of his military service always talking about his time in Orleans, France and was a 39-year member of the Fox Lake American Legion Post #521.  He was most proud of his family and he will be forever remembered.

Boyd is survived by his wife of over 56 years, Shirley and three children: Stephen of Madison, Sue Ann (James) George of Shelton, WA and Shannon Bryant of Oceanside, CA as well as four grandchildren: Colten (Danielle), Stephanie (Cody), Kassandra and Brock (Tara).  He is also survived by fourteen great-grandchildren and several other extended family members.

Boyd is preceded in death by his parents, son, Scott, granddaughter, Heather, grandson, Tyler and two sisters: Audrey and Lorna.

A funeral service for Boyd Bryant will be held on Thursday, September 5, 2019 at 11:00 AM at the Crawford Funeral Home in Montello.  Visitation will be held from 10:00 AM until the hour of service.  Father James McNamee will preside and private burial with full military honors will take place at the Hall Cemetery in rural Randolph.  In lieu of flowers, donations are preferred to the family for a memorial that will be established in Boyd’s name.

To order memorial trees or send flowers to the family in memory of Boyd Bryant, please visit our flower store.