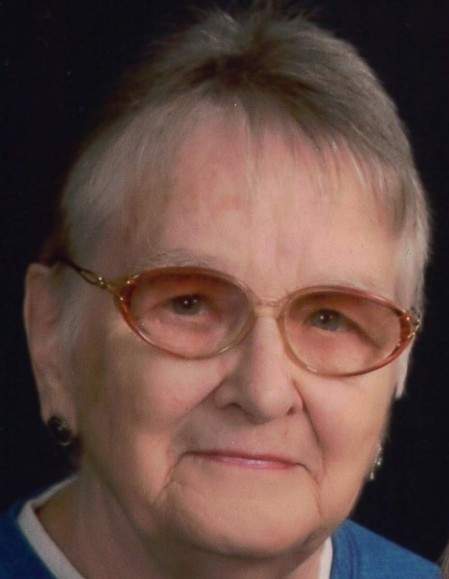 Carol Susan Smith , age 80 of Oxford passed away surrounded by her family at Divine Savior Hospital in Portage on Tuesday, June 19, 2018.  Carol was born on January 31, 1938 to Chester and Daisy “Maude” (Bacon) Colburn and graduated from Adams High School in 1956.  She was united in marriage to John Smith on September 1, 1956 in Adams at the Adams Congregational Church; they were blessed with three sons.

Carol was a hard worker and throughout her life worked at several different jobs but most of all took care of her family or worked alongside her husband on the farm and driving semi-truck.  She was an active member of Trinity United Church of Christ in Endeavor as well as the local Homemakers Guild.   Carol was a very talented seamstress, knitter and cross stitcher and gladly volunteered her knowledge as a 4-H leader for many years. She sang at many funerals in the area and she and John enjoyed many hunting trips to Wyoming together. Carol was named 2012 Farm Bureau Women of the Year and will be fondly remembered for supporting her children with their many fair projects.  She loved her family, enjoying the time they spent together and was proud to have been able to see every one of her grandchildren graduate from high school.  She will be greatly missed.

A funeral service for Carol Smith will be held on Saturday, June 23, 2018 at 11:00 AM at Trinity Endeavor United Church of Christ in Endeavor.  Visitation will be held Friday from 4:00 until 7:00 PM at the Crawford Funeral Home in Oxford and again at the church on Saturday from 10:00 AM until the time of service.  Pastor Sue Oeffler will preside and following the traditional service, Carol will be cremated and later inurned at the Oxford Village Cemetery.  In lieu of flowers, donations are preferred to the Trinity United Church of Christ in Endeavor, 234 North Church Street, Endeavor, WI 53930.

To order memorial trees or send flowers to the family in memory of Carol Smith, please visit our flower store.