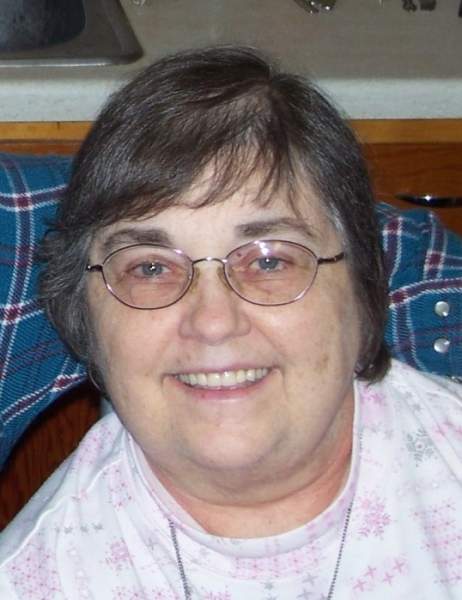 Carol J. Smith , age 73 of Oxford went home to be with her Lord and Savior on Friday, September 18, 2020 at Tivoli in Portage.  Carol was born in Adams to Donald and Edna (Jungenberg) Kottka on February 7, 1947.  She graduated from Westfield High School in 1965.  Carol married her High School sweetheart, Howard S. Smith on July 15, 1967, while he was in the Navy; together had four children: Stewart, Donald, Cynthia and Rebecca.

Carol is survived by her husband of 53 years, Howard, their children: Stewart Smith of Oxford, Donald (fiancé Sharon Albrecht) Smith of Beaver Dam, Cynthia (John) Ellis of Oxford and Rebecca (Eric McMahan) Thompson of Horicon as well as three granddaughters:  Rayann Thompson and Taylor and Morgan Ellis.  She is also survived by her siblings:  Edward “Butch” (Betty) Kottka, Susan (Bill) McChesney and Dean (Cheryl) Kottka as well as her sister-in-law, Helen Kottka and other extended family members.

Carol was preceded in death by her parents and brothers:  John “Jack” Kottka and Darwin “Punky” (Cheryl) Kottka.

A public visitation for Carol will be held on Friday, September 25, 2020 from 4:00 until 7:00 PM at the Crawford Funeral Home in Oxford.  Private family services will take place on Saturday at the Oxford Bible Church.  Pastor Don Wedel will preside and burial will follow the service at the Oxford Village Cemetery.

The family wishes to extend our sincere thanks to Divine Savior-Tivoli, Agrace Hospice and Crawford Funeral Home.

To order memorial trees or send flowers to the family in memory of Carol Smith, please visit our flower store.