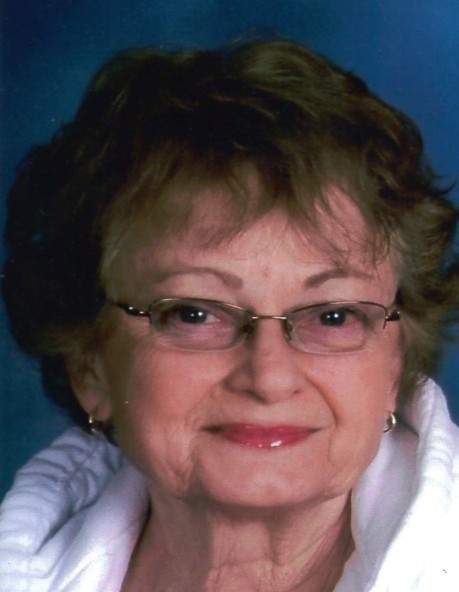 Carolyn Joyce Rosenthal , age 80 of Packwaukee passed away amidst the beautiful sunset on Monday, August 31, 2020 at UW Hospital in Madison.  Carolyn was born in West Allis on January 30, 1940 to Walter and Leona (Bottler) Nienow.  She grew up attending Oklahoma Avenue Lutheran Church and West Allis Johnson Elementary before graduating from Nathan Hale, West Allis in 1958. Carolyn furthered her education attending Spencerian College in Milwaukee.

On August 20, 1960 Carolyn married her high school sweetheart, Allen Rosenthal in Milwaukee.  During the first year of their marriage, she helped Al get through college at UW River Falls while she worked at Minnesota Mining in the Twin Cities.  After Al graduated, they moved back to Milwaukee in 1961 where their first child, Becky was born, at which time she excelled at being a full-time mother.  During the six years they lived in Milwaukee she gave birth to Jeff and Laura.  In 1967, the family moved to Muscoda.  January of that year she gave birth to their fourth child, Kent.  After 1 year in Muscoda and traveling 45 miles to church each Sunday with 4 children they moved to Tomah.  While in Tomah (8 years), she gave birth to their 5 th child, Cheryl. Carolyn was the backbone of the family and raised them with a strong Christian faith.  She kept the family strong as they moved to Johnson Creek and then to Waunakee and finally to Sun Prairie.  After all the kids were out of high school, Carolyn returned to work as a secretary for GTE and Verizon.

Carolyn then began the next phase of her life being a Grandma, a role she so cherished.  With her amazing talent of sewing, she made new Christmas stockings for the grandkids, a tradition that she continued for 28 years, last being made in 2019.  A Grandchild’s birthday was never missed by Grandma as she greeted them with a text at the time they were born, even if it was in the middle of the night, along with pictures of them when they were little.  We would always be welcomed with the smell of her wonderful chocolate chip cookies and her beautiful smile as she greeted us at the door.

In 2000, Carolyn and Al moved to Packwaukee on Buffalo Lake where they have lived ever since.  Carolyn loved her church and was secretary of the Ladies Aid and took great pride in taking care of the church alter. While snow birding in Arizona, Carolyn and Al (together as you would know them) enjoyed volunteering as ushers for the Milwaukee Brewer Spring Training games.  Finally, she loved spending time with all of her family, supporting her grandchildren at their sports, dancing, plays and various events.

An outdoor visitation with social distancing for Carolyn Rosenthal will be held at St. John’s Evangelical Lutheran Church (behind the church), 313 E. Montello Street, Montello on Tuesday, September 8, 2020 from 9:00 until 10:45 AM.  Private funeral services will follow.  Reverend Peter Zietlow will preside and burial will take place at Zion Lutheran Cemetery in Leeds.  In lieu of flowers, memorials can be made to St. John’s Evangelical Lutheran Church in Montello or Time of Grace Ministry, P.O. Box 301 Milwaukee, WI 53201.

To order memorial trees or send flowers to the family in memory of Carolyn Rosenthal, please visit our flower store.