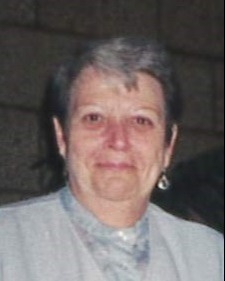 Caryl Louise Bassett, age 90 of Montello passed away Thursday, September 29, 2022 at the Montello Care Center.  Caryl was born in Madison on August 5, 1932 to Loyal and Helen (Rieger) Dunning.  She graduated from Madison East High School in 1950 and married James Bassett on July 11, 1953 at Our Saviors Lutheran Church in Madison and together they were blessed with six children.  James preceded Caryl in death on August 24, 2021.

Caryl was employed as an administrative assistant for the Dane County Regional Airport for many years.  She and Jim vacationed to Packwaukee often and then relocated permanently to Montello in 1991. Caryl enjoyed knitting, sewing, gardening, fishing and spending time with her family.  She was a longtime member of the American Legion Auxiliary and faithful member of St. John’s Evangelical Lutheran Church in Montello.  Caryl will be remembered being a loving and caring mother.

A memorial service for Caryl Bassett will be held on Thursday, October 13, 2022 at 11:00 AM at St. John’s Evangelical Lutheran Church in Montello.  Visitation will be held from 9:30 AM until the hour of service.  Pastor Pete Zietlow will preside and inurnment will take place that afternoon at 2:00 PM at Underhill Cemetery, Town of Packwaukee.

Crawford Funeral and Cremation Service of Montello and Oxford is honored to be serving the family.  www.CrawfordFH.com
To order memorial trees or send flowers to the family in memory of Caryl Bassett, please visit our flower store.