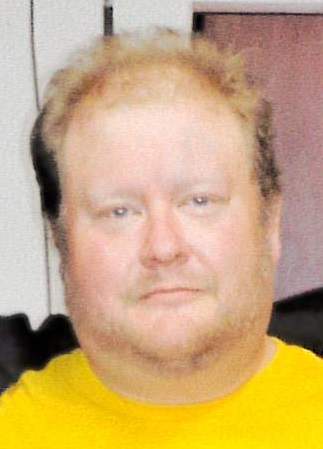 David Ray Sparby , age 44 of Montello passed away Sunday, September 16, 2018 at his home.  David was born in Janesville on March 26, 1974 to Donald and Arlene (Soltwedel) Sparby.  He graduated from Montello High School in 1992 and continued his education at University of Wisconsin-Stevens Point.  He married Bobbe Jo Monroe on October 5, 2002 at Prince of Peace Lutheran Church in Coloma.  Most recently David was employed at Westfield Machining.

David enjoyed being outside, hunting and fishing as well as site seeing in the U.P. of Michigan.  He was an animal lover, avid reader and enjoyed spending time with his family.

David leaves behind his wife, Bobbe Jo, mother, Arlene Sparby of Montello and sister, Roberta (Arnie) Rudi of Viola.  He is also survived by aunt, Carol Post, in-laws: Gordon and Joanne Monroe as well as many extended family members.

A Celebration of David Sparby’s Life will be held at 4:00 PM on Friday, September 21, 2018 at the Crawford Funeral Home in Montello.  Visitation will be held from 2:00 PM until the hour of service.  Rev. Tom Mickelson will lead the service and private family inurnment will take place at a later date.  In lieu of flowers, donations are preferred to the family for a memorial that will be established in David’s name.

To order memorial trees or send flowers to the family in memory of David Sparby, please visit our flower store.