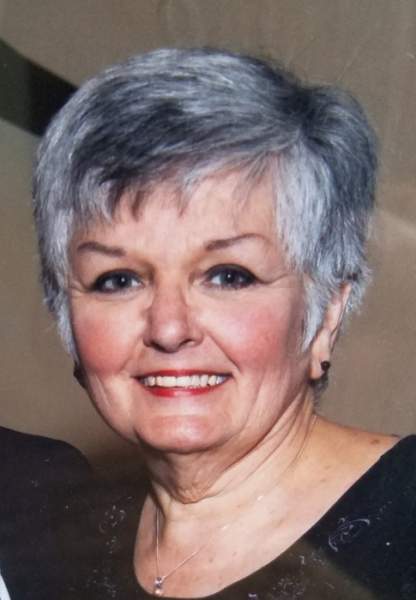 Davida “Dee” Maureen Halla , age 77 of Oxford passed away Monday, August 6, 2018 at the University Hospital in Madison.  Dee was born in Harvey, IL on July 24, 1941 to Walter and Norma (Reid) Frederick.  She married William “Bill” Halla in Homewood, IL on July 23, 1984 and together they lived in Brookfield, Illinois until retiring and permanently moving to Oxford in the late 1990’s.

Dee worked as a secretary for 28 years at CNA insurance company.  She and Bill enjoyed their retirement together near Wolf Lake and traveled extensively throughout North America.  Dee enjoyed crafting, especially cross-stitching as well as taking senior bus trips.

Dee is survived by her husband, Bill, nephew, Jeffery (Clarissa) Wilga of Neveda and their son, Bobby as well as two step children: Tracy (Ilija) Dragisic of Wheaton, IL and Keith (Cheryl) Halla of Bolingbrook, IL.  She is also survived by five step-granddaughters:  Juliana, Mina, Grace, Abigail and Joy.

Dee is preceded in death by her parents, sister, Beverly and loving cat, Mittens.

A funeral service for Davida “Dee” Halla will be held on Friday, August 10, 2018 at 3:00 PM at the Crawford Funeral Home in Oxford.  Visitation will be held from 1:00 PM until the hour of service.  Pastor Larry Sheppard will preside and burial will take place at a later date at Skyline Memorial Park in Monee, IL.  In lieu of flowers, donations can be made in her name to Susan G. Komen, for she was a Breast Cancer Survivor and supported their cause.

To order memorial trees or send flowers to the family in memory of Davida "Dee" Halla, please visit our flower store.