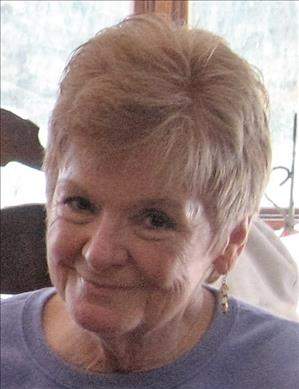 Dawn Lea Winter, age 74 of Oxford passed away Sunday October 2, 2016 at Harris Villa Assisted Living in Westfield. Dawn was born in Bemidji, MN to Glenn and Mary Wills on March 15, 1942 and graduated high school in 1960. Dawn owned a couple different businesses in Illinois until she moved to Oxford in 1989. She is best known for the creative fun she brought to Winter's Place Bar in downtown Oxford from 1990-2000, when the bar was sold. Dawn then began working at Ho Chunk Casino in Wisconsin Dells where she made many friends. In retirement, she enjoyed spending time working in her garden and visiting with friends and family. Dawn is survived by her two children: Paige (Dean) Procknow and Jeff Winter both of Oxford, their father Wayne, and two grandchildren: Cassidy and Cade. She is also survived by four siblings: Bruce (Bernice) Wills, Toby Wills, Karin Wills, and Brook Marceaux as well as many extended relatives and friends. Dawn is preceded in death by her parents, brothers: Terry and Garth, and grandson Field. Per her request, a celebration of Dawn's life will be held on Sunday, October 9, 2016 at Bad Brad's II (formerly Winter's Place) at 107 W. Ormsby Street, Oxford, WI 53952 from 12:00 p.m. until 3:00 p.m. No flowers please as inurnment will be private. We hope to see everyone at the celebration. Crawford Funeral and Cremation Service of Oxford and Montello is honored to be serving the family. www.CrawfordFH.com

To order memorial trees or send flowers to the family in memory of Dawn Winter, please visit our flower store.