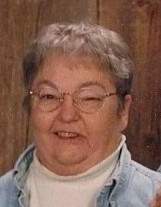 Delores “Lori” M. Meilahn , age 83 of Fond du Lac (formerly of Montello) passed away August 24, 2022.  Lori was born on April 12, 1939 in Fond du Lac to Herbert and Verna (Pingel) Poppe.  She married Glenn R. Meilahn on May 7, 1960 at Salem United Methodist Church in Fond du Lac.  Lori was first employed at the Jerry Schuchardt Insurance Agency and for many years as a secretary for the Fond du Lac School District, retiring in 1999.  In 2000, Glenn and Lori relocated to their land near Montello and enjoyed their home in the woods to the fullest.  Glenn preceded Lori in death on August 18, 2012.

Lori had many interests, she enjoyed country music, especially Alabama and traveling.  She was a member of St. Johns Evangelical Lutheran Church in Montello.  In Lori’s words, “God, Family and Friends were most important to me.”

Lori is survived by her son, Robert G. (L. Kathleen) and grandson, Jacob R. (Grandma and Grandpa’s pride and joy!) of Rosendale as well as her daughter, Gina M. Meilahn (Gary Gilgenbach) of Fond du Lac.  Special nephew, David (Beth) Meilahn.  Don Morrical and Inez Rueter and Carri Bond – you always have been and will forever be family.

To order memorial trees or send flowers to the family in memory of Delores Meilahn, please visit our flower store.