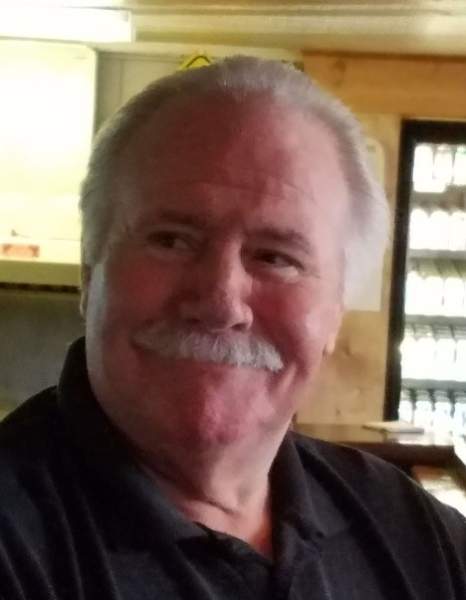 Derrick John Turner , age 71 of Packwaukee (formerly from Kenosha) passed away unexpectedly, Thursday, June 18, 2020 at his home.  Derrick was born in Kenosha on July 12, 1948 to Raymond and Vera (James) Turner.  He graduated from Bradford High School in 1966 and went to work for Case IH in Racine; Derrick retired after 36 years of faithful employment.  He enjoyed the Packwaukee area for many years and permanently moved there about 20 years ago.

Derrick owned and operated Just T’s tavern in Clintonville for a short time.  He thoroughly enjoyed hunting and fishing and was most proud of being able to pass along his love of nature to his son and many friends.  Derrick also enjoyed playing baseball, softball and competing in traveling tournaments with his friends; he took great pride in coaching Debbie’s softball team, Ryan’s baseball team and taking Ryan to archery tournaments.  Derrick treated his dogs like they were his babies.  He liked to spend time with his friends and was always up for a game of pool.  Derrick will be greatly missed.

Derrick is survived by his companion of 17 years and fiancée, Donna Boomsma and son, Ryan of Kenosha as well as two granddaughters; Tera and Leah and great-granddaughter, Gianna.  He is also survived by several nieces, nephews, close friends: Jim and Angie Ellsworth, ex-wife and mother to Ryan, Debbie Turner and canine companions: JBird and Sweets.

Derrick is preceded in death by his parents, sister, Rhiannon and niece, Renee.

A Celebration of Derrick’s Life will be held on Saturday, July 11 th beginning at 2:00 PM at Generations Bar and Grill in Oxford.

To order memorial trees or send flowers to the family in memory of Derrick Turner, please visit our flower store.