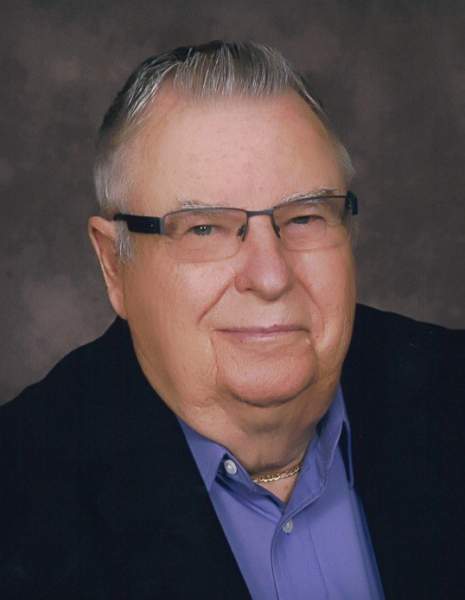 Donald Paul Hendrickson, age 90 of Montello passed away Saturday, October 24, 2020 at Divine Savior Hospital in Portage.  Don was born in La Crosse on April 15, 1930 to Vera Bramer. Don learned to dance at the young age of four. He quickly found out he was a natural, so he enjoyed attending all the barn dances in the La Crosse area. Through his dancing talent, he met his wife, Carolyn Kapanke. They were married on April 14, 1955.

Don served his country during the Korean War as a member of the United States Army. Through his military service, he was fortunate to receive the GI bill to get his bachelor’s degree. He then furthered his education with a master’s degree in Ag education and FFA. He retired from Gale - Ettrick -Trempealeau school district after 31 years of teaching. In 1994, Don and Carolyn moved to Montello to be closer to their only son and granddaughter. Carolyn preceded Don in death on May 24, 2006.

Don’s greatest enjoyment was being a teacher, especially FFA. He was very passionate about every child getting a well-deserved education. He also enjoyed the outdoors, playing golf, and a casual conversation of politics. He was an active member of St. John’s Lutheran Church in Harrisville and proudly gave back to his community as a member of the Montello Lions Club.  Don was always there to support his family. Don’s greatest blessing was his granddaughter, Sarah, and her family.

Don is survived by his son, Brian (Kathy Parrill) Hendrickson of South Carolina, granddaughter, Sarah (Ryan) McReath of Montello and three great-grandchildren:  Caroline, Claire and Cash.  He is also survived by two sisters: Ruth Ann Olson and her daughter, Traci and Karen (Chet Reichert) Stair and her children: Travis and Terri along with their families and other extended family members.

Don is preceded in death by his parents, wife and brother-in-law, Jim Olson.

Don will be laid to rest with private services led by Pastor Blaine Niskanen at Lewis Valley Lutheran Cemetery, rural Holmen.  Full military honors will conclude the service.  In lieu of flowers, donations in Don’s name can be sent to Sarah McReath, N1940 County Road F, Montello, WI 53949 and will be used for the Montello Lions Club and the Montello FFA.

The family would like to thank Nan Hinze and ALL of the absolutely amazing staff of Harris Villa. Don was always, “perfectly content” with each and every one of you! Our gratitude will always be endless for the comfort of your awesome care! Thank you!

To order memorial trees or send flowers to the family in memory of Donald Hendrickson, please visit our flower store.