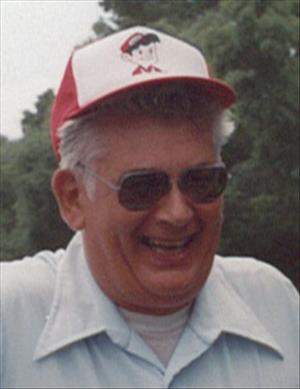 Donald Frederick Schumann, age 90 of Montello passed away peacefully, Monday, February 13, 2017 at his home overlooking Buffalo Lake. Don was born in Milwaukee to Erwin and Ernestine (Rossow) Schumann on February 9, 1927. He graduated from high school and enlisted into the United States Navy. Don served his country during World War II aboard the USS Mount Rainier. Don enjoyed fishing and was well known for lending his helpful hand while running the local hardware store in downtown Montello. He will be remembered as a resourceful, helpful and caring person. Survivors include: his wife, Carol, daughter-in-law as well as five grandchildren and six great-grandchildren.

Don is preceded in death by his parents, two sons: David and Donn and two brothers: Robert and Roger. A funeral service for Donald Schumann will be held at 7:30 p.m. on Wednesday, February 15, 2017 at the Crawford Funeral Home in Montello. Visitation will be held from 5:30 p.m. until the hour of service. Pastor Pete Zietlow will preside and private graveside services with full military honors by American Legion Post 351 of Montello will take place at the Montello City Cemetery. In lieu of flowers, memorials are preferred to the family. Crawford Funeral and Cremation Service of Montello and Oxford is honored to be serving the family. www.CrawfordFH.com

To order memorial trees or send flowers to the family in memory of Donald Schumann, please visit our flower store.