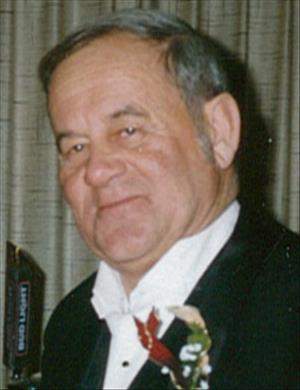 Donald "Donnie" L. Werdin, age 84 of Montello passed away at the Montello Care Center on Wednesday, August 2, 2017 surrounded by his family. Donnie was born in Montello to LeRoy and Edna (Klimke) Werdin on January 12, 1933. He attended Montello Grade School and graduated from Montello High School in 1951. He honorably served in the United States Army from 1953 until 1955. Donnie married Shirley Teela on September 3, 1953 and together they raised three children. Donnie worked as a mechanic and shop foreman with the Marquette County Highway Department and retired after 33 years of faithful employment. In retirement, he worked for the Buffalo Lake Rehabilitation District. Donnie was a long time member of Emmanuel (Big Mecan) Lutheran Church and also a member of American Legion Post #351 of Montello, where he served as commander for three years. Donnie enjoyed listening to country music, hunting, fishing as well as camping, especially "The Smart Hour Campfire."

Donnie is survived by his three children: Kim (Joe) Calnin of Montello, Dennis (Angela) of Montello and Michael (Kyle) of Eau Claire as well as six grandchildren: Erin (Eric) Siegel, Callie (Craig) Oren, Andrew (girlfriend Betsy), Kevin (girlfriend Nikki), Christopher and Austin. He is also survived by six great-grandchildren: Isaiah, James, Luke, Cylas, Casen and Asher as well as sister, Corrine Hill. Donnie is further survived by several nieces and nephews. Donnie is preceded in death by his parents, grandson, Anthony and brother, Gordon, nephew, Daniel Werdin and the mother of his children, Shirley. A funeral service of Donald Werdin will be held on Monday, August 7, 2017 at 11:30 a.m. at Emmanuel (Big Mecan) Lutheran Church, Montello. Visitation will be held at the church from 10:00 a.m. until the time of service. Pastor Pete Zietlow will preside and burial with full military honors by American Legion Post 351 of Montello will follow the service in the Church Cemetery. At the family's request, memorials are to be given in Don's name to American Legion Post #351 of Montello. The family would like to thank the staff at Montello Care Center for the loving care they provided for Don for all the years he was a resident there and Pastor Pete Zietlow for visits and prayers.

To order memorial trees or send flowers to the family in memory of Donald Werdin, please visit our flower store.