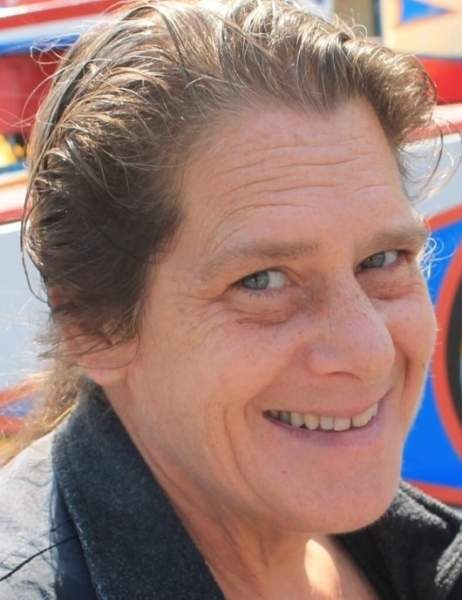 Donna Lynn Holmes, age 58 of Montello passed away unexpectedly Sunday, August 19, 2018 at her home.  Donna was born in Madison on April 24, 1960 to Harvey and Donna M. (DeWitt) Holmes.  She graduated from Deforest High School in 1978 and went to work for Demco, Inc until she relocated to Montello in 2004.

Donna met Mike Bednarek and in 2008 and have been together ever since.  She was very artistically gifted, owning and operating Donnas’ Lawn Adornments in Montello, hand painting and repairing custom concrete statues.  She also enjoyed being outside whether it be:  fishing, flowers or just going for a boat ride.  Donna was a very caring person and willing to help anyone in need.  She will be greatly missed.

Donna is survived by her partner, Mike Bednarek and two siblings: David (Patty) Holmes and Rick (Sara) Holmes both of Sun Prairie.  She is also survived by her niece, Cheyenne and aunt, Ruby (Don) Schmudlach of Lodi.  She is further survived by Mike’s family and other extended relatives.

Donna is preceded in death by her parents and aunt, Shirley Neupert as well as Mike’s father, Edmund and Mike’s brother, Andrew.

A Celebration of Donna’s Life will be held on Tuesday, September 4, 2018 at 4:00 PM at Dave and Cathy Weiss's home, N6749 State Road 22, Montello.  Visitation will be held from 2:00 PM until the hour of service.  Pastor Julie Krahn will officiate.  In lieu of flowers, donations are preferred to the family for a memorial that will be established in Donna’s name.

To order memorial trees or send flowers to the family in memory of Donna Holmes, please visit our flower store.