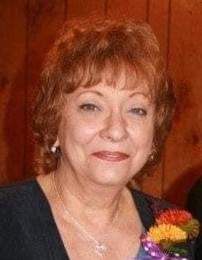 Donna May Siebert , age 69 of Montello passed away Saturday, October 16, 2021 at Aspirus Divine Savior Hospital in Portage.  Donna was born in Wisconsin Dells on July 10, 1952 to Joseph and Violet (Brown) Kalamarz.  She graduated from Wisconsin Dells High School in 1970 and married Thomas Behnke; they raised one daughter, Tara and later divorced.  Donna married Ronald “Ron” Siebert on October 17, 2016 in Montello and together they enjoyed many of happy times together while residing in rural Montello.

Donna worked at Penda and later Jenkins Motors (which became Hill Automotive) and retired from Hill’s.  She enjoyed crafting and traveling.  Her most cherished title was grandma, spending time with her grandchildren meant the world to her.  Donna will be greatly missed.

Donna is preceded in death by her parents, son, Todd, sister, Judy Rohde and the father of her children, Thomas Behnke.

A memorial service for Donna Siebert will be held on Thursday, October 21, 2021 at 11:00 AM at the Crawford Funeral Home in Montello.  Visitation will be held from 10:00 AM until the hour of service.  Pastor Julie Krahn will preside and inurnment will be private.

To order memorial trees or send flowers to the family in memory of Donna Siebert, please visit our flower store.