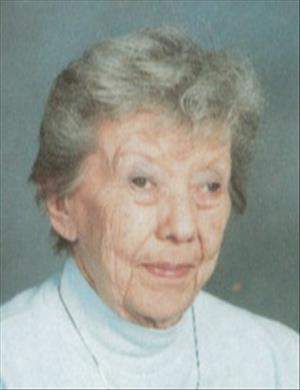 Doris "Del" Delphine Arnold, age 92 of Oxford passed away Saturday, March 25, 2017 at Divine Savior Hospital in Portage. Del was the daughter of Andor and Lydia (Magnuson) Nordgard born on September 2, 1924 in Salem, WI on the family farm delivered by her step-grandmother. She grew up in Dawson, MN and graduated from Rochester Junior College in June, 1944 and moved to Chicago in 1947. Del was united in marriage on May 31, 1947 to George W. Arnold. She was employed as a medical secretary at Edgewater Hospital in Chicago until she retired in 1987. Upon retiring, Del and George moved full-time to Peppermill Lake in 1987. George preceded Del in death on May 29, 1998.

Per Del's request, no services will be held, a celebration of her life will be held at a later date.

Crawford Funeral and Cremation Service of Oxford and Montello is honored to be serving the family. www.CrawfordFH.com
To order memorial trees or send flowers to the family in memory of Doris Arnold, please visit our flower store.