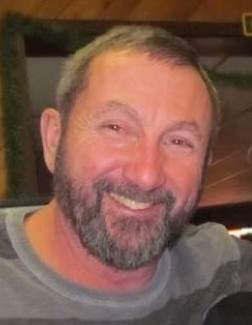 Douglas “Doug” J. Slama , age 68 of Packwaukee passed away unexpectedly Wednesday, January 5, 2022 at his home.  Doug was born in Waukesha to Edward and Hazel (Arndt) Slama on May 13, 1953.  He graduated from Waukesha South High School in 1971 and married Janny Walters at St. Luke’s Lutheran Church in Waukesha on January 26, 1974.  Together he and Janny have been blessed with six children.  They moved to Packwaukee in 1989 where they purchased and remodeled the old family farm.

Doug was a mason/bricklayer from 1972-2010 when he retired. In his retirement, he kept busy by helping friends and family with everything and anything. He enjoyed hunting and some fishing. Doug enjoyed time with his family, drinking beer with his son-in-law, Brandon, swimming on hot summer days and cutting and splitting firewood in the fall. Sunday dinners were something he always looked forward to. Doug easily made friends and would always take the time to stop and talk to people everywhere he went. He could be found on any given morning shooting the shit with the guys at Jimmy Rhode’s garage. He will be remembered for his grilling of sweet corn, his camping breakfasts, the color neon green, and throwing bags for Rod’s Trading Post.

Doug leaves behind his wife of almost 48 years, Janny and five children: Lisa (Brandon) Fischer of Packwaukee, Kyle of Baraboo, Amy (Jake) Brabender of Packwaukee, Cody of Packwaukee and Caleb (Ariel) of Nekoosa as well as six grandchildren that at a drop of a hat he would do anything for: Logan, Kaylee, Brooke, Aubree, Quinn and Oliver along with one due in June  He is also survived by siblings: Susan, David (Teri), Jayne, Marianne and Chrissy, his father-in-law, Dale Walters, brother-in-law, Eric Payne and other extended family members.

A memorial service for Doug Slama will be held on Saturday, January 15, 2022 at 11:00 AM at the Crawford Funeral Home in Montello.  Visitation will be from 9:30 AM until the hour of service.  Pastor Mark Hensley will preside and inurnment will follow the service at Oak Hill Cemetery, Town of Packwaukee.

To order memorial trees or send flowers to the family in memory of Douglas Slama, please visit our flower store.