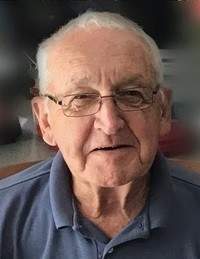 Duane Irwin Moseley , age 83 of Montello passed away peacefully at his home on Saturday, November 6, 2021.  Duane was born in Black River Falls on September 24, 1938 to John and Borgne (Hedberg) Moseley.  He attended Black River Falls High School and proudly served his country as a member of the United States Air Force.  On June 8, 1963, Duane was united in marriage to Jean Jessop and together they have been blessed with two children.  They moved from Black River Falls to Rockford, IL and later to Cherry Valley, IL while raising their family.  Duane was an over-the-road truck driver for 34 years retiring in 2002.  In 2002, they relocated to Montello.

Duane was not one to sit still, he was always involved.  In his working years, he was the Teamster Union Steward and in retirement, he was on the Montello School Board and past President, he was a member of the Montello Rotary Club and an active member of American Legion Post #351 of Montello. Duane was thorough in everything he did, whether it be caring for his garden, mowing his lawn or a Legion history project.  He was well known for his skills as a tombstone and monument restorer.  Duane and his wife Jean enjoyed many long road trips throughout the United States and Canada together.   Above all else, he was proud of his family and was always there to support his grandchildren.  Duane will be remembered for being the person everyone called when there was a project to be done or something was broken.

Duane is survived by his wife of 58 years, Jean and two children: Anne Moseley of Waunakee and Steven (Sandy) of Madison as well as two very special grandchildren: Nicolas and Elena.  He is also survived by two sisters: Margaret Peterson and Arlene Quinlan as well as two sisters-in-law: Opal Jessop and Janice Jessop, nieces, nephews and many friends.

To order memorial trees or send flowers to the family in memory of Duane Moseley, please visit our flower store.