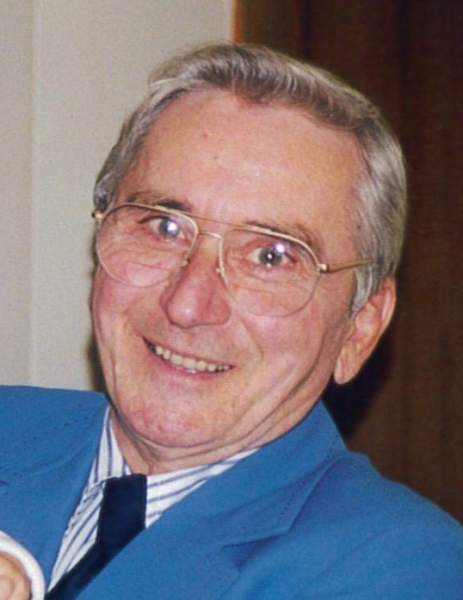 Edward “Eddie” Herbert Scharenberg , age 84 of Montello (White Lake) passed away peacefully Sunday, June 27, 2021 at his home.  Eddie was born in Chicago on October 7, 1936 to Herbert and Ruth (Mara) Scharenberg.  He graduated from Montello High School in 1954 and furthered his education at the University of Wisconsin-Stevens Point and Oshkosh.  Eddie served his country in the National Guard Red Arrow Division from 1958 to 1964; he was activated and served during the Cuban Missile Crisis.  He returned to Montello and was the head cook in his family’s business, Scharenberg’s White Lake Beach Resort, eventually becoming a third-generation owner along with his two brothers.  He wore many hats, his skills included management, carpentry, accounting and anything else that needed to be accomplished to make guest’s stay at Scharenberg’s more pleasurable.  Eddie chose to retire when his parent’s health started failing.  He bought a home and moved his parents into his home and cared for them for many years until their passing.  Eddie was known as the family historian, researching family genealogy, framing and hanging pictures of generations back to the early 1800’s.

He enjoyed his flowers and also collecting Redwing Pottery.  For many years, Eddie fired pottery in his own kiln, also painting and glazing his completed work; he often gifted it to family and friends.  Eddie was an avid bowler and also collected stamps.

Eddie is survived by his sister, Norma (Al) Radosta of Boulder City, Nevada, brothers: Herbert “Snooky” (Barbara) and Frank (Edie) both of Montello as well as nieces: Violet (Dan Bunin) Radosta of Henderson, Nevada, Angela (Jeff) Davis of Green Lake and Jennifer Scharenberg of Montello.  He is also survived by his great-nieces: Samantha Shultz of Phoenix, Arizona, Theresa Langdon of Montello and great-nephews: Patrick Shultz of Madison and Curtis Scharenberg of Montello.

Eddie is preceded in death by his parents and nephews: Charles Radosta and Thomas Scharenberg.

A Mass of Christian Burial for Edward Scharenberg will be held on Saturday, July 3, 2021 at 10:00 AM at St. John the Baptist Catholic Church in Montello.  Visitation will be held on Friday evening from 5:00 until 7:00 PM at the Crawford Funeral Home in Montello and again at church on Saturday from 9:00 AM until the hour of service.  Father Savio Yerasani will preside and burial will follow at the parish cemetery.  In lieu of flowers, donations are preferred to The Budda Box Fight Against Cancer, P.O. Box 91, Westfield, WI 53964.

The family thanks his caregivers: Tracy L., Tobi, Tracy R. as well as Heartland Hospice, especially Denise Blackbourn for all their wonderful care and concern for our brother.

To order memorial trees or send flowers to the family in memory of Edward Scharenberg, please visit our flower store.