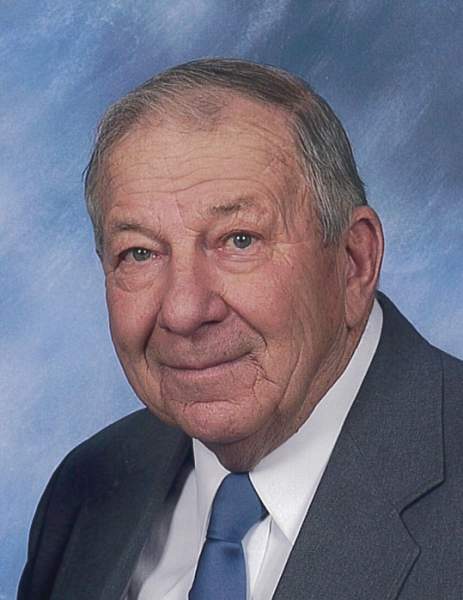 Eldon Wayne Klimke, age 93 of Oxford passed away peacefully surrounded by his family Wednesday, March 23, 2022 at his home.  Eldon was born at home in Marquette County to Otto and Pauline (Kluth) Klimke on May 27, 1928.  He married Wilma Hollender at St. John’s Evangelical Lutheran Church in Montello in July of 1953.  He was a member of Trinity Lutheran Church in Packwaukee until 1952, and joined St. John’s Lutheran Church in Oxford in 1956 after returning to the area.

Eldon graduated from Endeavor High School, Endeavor, WI, and Utilities Engineering of Chicago.  He performed diesel equipment repair at Nagel-Hart Caterpillar in Milwaukee and Madison prior to becoming a self-employed carpenter/home builder in 1964, and over the years built not only two homes of his own, but built and remodeled many other homes and buildings for others, including an addition and remodeling projects at St. John’s Lutheran Church and parsonage in Oxford.  Eldon helped his parents farm until their retirement, and was the Town of Oxford assessor for 38 years.

Lon and Kathy wish to express how grateful we are to SSM Health At Home Hospice staff for their care and support during Dad’s illness, as well as to all those who called, visited, sent well-wishes, or food.  Special thanks to Jackie Walters for her “care packages!”

Honoring Eldon’s wishes, services will be private and he will be laid to rest at the Oxford Village Cemetery.

To order memorial trees or send flowers to the family in memory of Eldon Klimke, please visit our flower store.