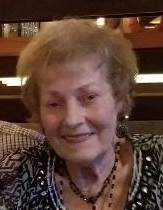 Ellen Pegler (n é e Gabelmann), age 85 of Oxford (Peppermill Lake) passed away Thursday, September 3, 2020 at her home.  She was born in Worms, Germany on October 16, 1934. Around the age of seven, she became a refugee in her own country during WWII when she was separated from her family by government mandate.  She was eventually reunited with her family in time to see the Allies liberate the region of Germany she and her family lived in.  In 1956, she moved to the United States with her husband, William L. Pegler, who had been stationed (US Army) in Germany during the Korean Conflict. Ellen became a US citizen in 1962 and still has the American flag given to her that day along with an article from a local newspaper reporting on the swearing-in ceremony. She was immensely proud of that day. Later, in 2018, Ellen became a refugee in her own country for a second time, forced to flee northern California as a result of the fires in Paradise, CA, when she ultimately became a resident of Adams County living with her son and daughter-in-law as well as their two cats and a dog.

Ellen is survived by her son, Bill (Candy), niece, Annette (Norbert) Wagner and her family members in Germany, sister-in-law, Patricia, cousin, Bernice and her dear friends in California.

Ellen is preceded in death by her parents, sister, Rina Brandt and Hans Hermann Brandt.

Private family services for Ellen will be held at a later date.

To order memorial trees or send flowers to the family in memory of Ellen Pegler, please visit our flower store.