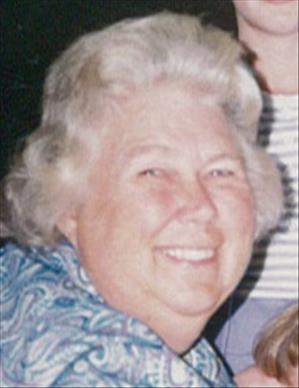 Evelyn Lois McFarland, age 87 of Montello (formerly of Watertown) passed away peacefully Sunday, July 30, 2017 at the Montello Care Center. Evelyn was born in Waterloo, Wisconsin on September 18, 1929 to Edwin and Martha (Jordan) Hildebrandt. She graduated from Waterloo High School in 1947 and married Joseph R. McFarland on October 7, 1950 in Watertown and together they raised their family in Watertown until moving to Montello in 1981. Joe preceded Evelyn in death in September of 1985. Evelyn enjoyed gardened, crocheting, painting, genealogy and even fishing. She and Joe camped together and later traveled throughout the United States; spending winters in Texas. Evelyn loved her family very much and the time she spent with them were some of her happiest memories. Evelyn is survived by her children: Karen (Jack) Hoefer of Sun Prairie, Joseph M. (Lodean) of Endeavor and Charles (Katrina) of Montello as well as five grandchildren: Amanda (Matt), Chris, Sharlene, Alisha and Anthony (Nicole) and two step grandchildren: Roy and Kathlena. She is further survived by five great-grandchildren, sisters-in-law, Arline and Patricia, the Baker family of Montello and several other extended family members.

Evelyn is preceded in death by her parents, husband, Joseph, sons: Brian and Timothy as well as her brother, Robert and sister, Hazel. A memorial service for Evelyn McFarland will be held on Saturday, August 5, 2017 at 11:00 a.m. at the Crawford Funeral Home in Montello. Visitation will be held from 9:00 a.m. until the hour of service. Pastor Mike Vargo will lead the service and Evelyn will be laid to rest at St. Bernard Catholic Cemetery in Watertown at a later date. In lieu of flowers, donations are preferred to the family for a memorial that will be established in Evelyn's name. Crawford Funeral and Cremation Service of Montello and Oxford is honored to be serving the family. www.CrawfordFH.com

To order memorial trees or send flowers to the family in memory of Evelyn McFarland, please visit our flower store.