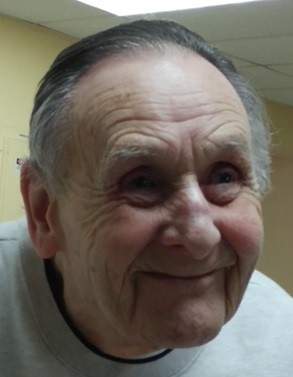 Everett Gerald Metzger, age 85 of Montello passed away Monday, June 11, 2018 at The Montello Care Center with family by his side.  Everett was born in Dresden, North Dakota to Arthur and Julia (Hell) Metzger on December 11, 1932.  He worked as a linesman for a local telephone company in North Dakota until moving to Milwaukee, Wisconsin in 1951. In 1953, he was drafted into the Army. While on military leave that same year Everett married Mary Winzentsen (later divorced). After the Army, Everett worked at Briggs and Stratton until he opened his own business in 1976, Metzger Small Engine and Bicycle Repair in Waukesha.  Everett moved to Montello in the early 1990’s and married Irene Hoffarth; she preceded him in death on August 18, 2015.

Everett and Irene were sellers at area flea markets. He also enjoyed fishing, spending time on his tractor plowing his field and growing gourds and pumpkins.  Everett was also known for his saw sharpening abilities.

A Mass of Christian Burial for Everett Metzger will take place at 1:00 PM on Friday, July 27, 2018 at Church of the Holy Spirit in St. Cloud, MN.  Visitation will be held from 12:30 PM until the hour of mass.  Father Tom Knoblach will preside and inurnment with full military honors will follow the mass at Assumption Cemetery in St. Cloud.

To order memorial trees or send flowers to the family in memory of Everett Metzger, please visit our flower store.