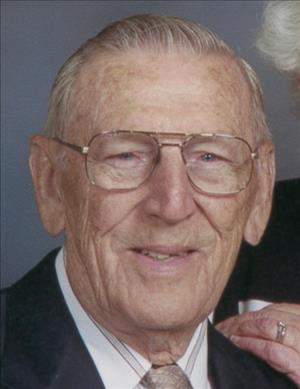 Felix C. Kosmala, age 93 of Montello passed away Tuesday evening, June 14, 2016 at Divine Savior Hospital in Portage. Felix was born in Chicago to Felix L. and Helen (Bukowski) Kosmala on April 28, 1923. He valiantly served his country as a member of United States Army in the Philippines and Okinawa during World War II; receiving several medals for his service. Felix married Marie Kalamaras on May 5, 1951 at St. Rita's Catholic Church in Chicago. After retiring they moved to Montello in 1992; Marie preceded Felix in death on January 12, 2014. Felix was a devout member of the Catholic Faith and member of St. John the Baptist Catholic Church in Montello. He loved to fish. Felix worked with his hands building models as well as gardening.

Felix is survived by two sons: James (Kay) of Montello and George of Chicago as well as other extended family members. He is preceded in death by his parents, wife and several brothers and sisters. A Mass of Christian Burial for Felix will be held on Tuesday, June 21, 2016 at 11:00 a.m. at St. John the Baptist Catholic Church in Montello. Visitation will be held from 10:00 a.m. until the hour of service. Father Tim Renz will preside and burial with full military honors by American Legion Post 351 of Montello will follow at St. John the Baptist Catholic Cemetery, town of Montello. In lieu of flowers, donations are preferred to the family for a memorial that will be established in Felix's name.

To order memorial trees or send flowers to the family in memory of Felix Kosmala, please visit our flower store.