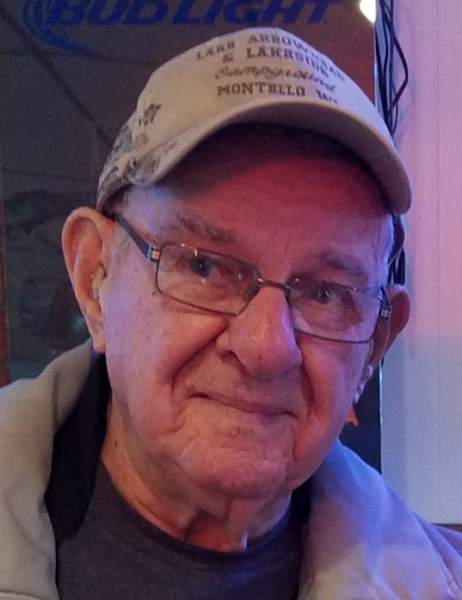 Francis “Frank” Richard Lloyd , age 91 of Montello passed away Wednesday, July 14, 2021 at Aspirus Divine Savior Hospital in Portage.  Frank was born in Prairie du Chien to Frank and Stella (LaBonne) Lloyd on August 2, 1929, the second oldest of thirteen children.  After graduating from high school, he proudly served his country as a member of the United States Army from 1951 until 1953. Frank married Viorene Gepner on October 20, 1953 at St. John’s Catholic Church in Marshfield. Frank and Viorene built their home in Menomonee Falls. He worked as a welder for many years. After retiring from A.O. Smith, more than 40 years ago, he and Viorene relocated to their home on Buffalo Lake in Packwaukee Township.

Frank was a welder by trade, but also had many other talents: he won many ribbons for the items he carved out of wood and was also an avid fisherman.  He always looked forward to the excursions to the local establishments with his son-in-law, weekly pool (billiards) games with his daughter, telling fish stories and of course the weekend fish fry’s and late nights at the “Whitehouse” (Rod's Trading Post) with his grandson.  Frank was looking forward to an upcoming family wedding and always had time to snuggle his new great-granddaughter.  He will be remembered his sense of humor and the love he had for his family.

Frank is survived by his wife, Viorene and three children:  John (Brenda Pugh) of Kingston, Janet (Jeff) McLaughlin of Menomonee Falls/Harrisville and Tom of West Bend.  He is also survived by five grandchildren: Paul (Kara), Mike (Amanda), Danny, Andy and Arianna as well as three great-grandchildren: Brinley, Colton and Raelyn.  Frank is further survived by many siblings and extended family members.

To order memorial trees or send flowers to the family in memory of Frank Lloyd, please visit our flower store.