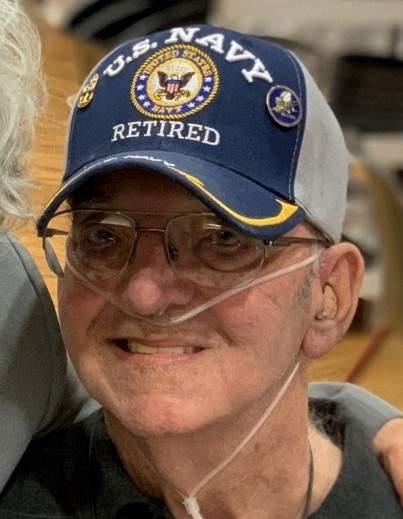 Gale Allen Gunderson , age 82 of Montello passed away peacefully on Monday, September 27, 2021 at the Columbia Health Care Center in Wyocena.  Gale was born in Menomonie, Wisconsin on August 6, 1939 to Clifford and Verna (Fleishauer) Gunderson.  He joined the Navy in 1957 and proudly served as a Seabee until his discharge in 1977.  While stationed in Okinawa, Japan Gale met Fujiko Nishime and on April 27, 1961 they were married. From that union came two children.

During Gale’s 20 years in the Navy, he was stationed all over the world including a tour in Vietnam and a year in Antarctica. Upon his retirement he relocated to Montello to reconnect with his father and stepmother, where he opened his own business working as an electrician, a trade he learned while serving as a Seabee. In true Navy fashion, he enjoyed anything to do with the water but especially taking Arlen and Sherri waterskiing or just an opportunity to get out on the water and do a little fishing. His love for family was always in the forefront, and relatives could always count on his well wishes on their birthdays and anniversaries no matter where they were.

Honoring Gale’s wishes, a private family service with military honors will be held; however, there will be an open house at his home on Sunday, October 10, from 2:00 - 4:00 p.m. for anyone that would like to stop by and share some memories.

To order memorial trees or send flowers to the family in memory of Gale Gunderson, please visit our flower store.