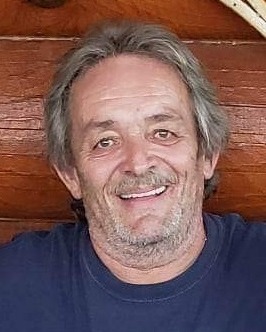 Gary "Pops" L. Kroening Sr., age 66 of Montello passed away unexpectedly, Thursday, Dec 8, 2022.  Gary was born in Milwaukee on September 6, 1956 to Fredrick and Bernice (Hirstein) Kroening.  He graduated from Custer High School in Milwaukee in 1974.  He worked for many years delivering propane in the Milwaukee area until 2000 when he relocated to Montello.  In Montello, he was known as “Gary the Scrapper”.  Gary was an avid hunter and thoroughly enjoyed all kinds of racing; he made regular trips to local race tracks.  Above all else, Gary took pride with providing for his family and loved giving and helping others.  Friends referred to him as "Pops".  He left too soon and will not be forgotten.

Gary is survived by his three children:  Kelley (George) Garcia of Park Falls, Melissa (Michael) Fox of Montello and Gary Jr. (Codie) of Poynette as well as seven grandchildren: Angela, Gena, Chelsea, Taylor, Aspen, Sawyer and Kayl.  He is also survived by two great grandchildren: Skylar and Riley as well as two brothers: Larry and Ricky and many other extended family members and friends.

Gary is preceded in death by his parents and brother, James.

Services are pending at this time.

To order memorial trees or send flowers to the family in memory of Gary Kroening Sr., please visit our flower store.