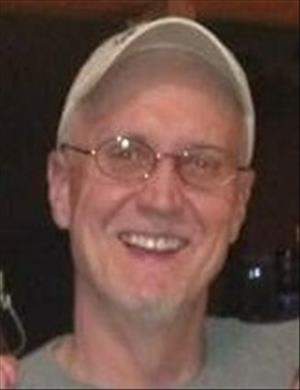 Gary Christopher Lebo, age 58 of Pardeeville (town of Buffalo, Marquette County) passed away unexpectedly Wednesday, July 19, 2017 at his home. Gary was born in Pontiac, IL to Herbert and June (Frerichs) Lebo on August 28, 1958. He graduated from Pontiac High School in 1976 and went on to become a printing press operator. Gary and his family moved to several locations throughout the United States and most recently he was employed by R.R. Donnelly (now called LSC Communications) in Baraboo.

Gary was a very detailed person; his yard was always immaculate and he also was an exceptional golfer winning many awards. Other hobbies he enjoyed were coin collecting, corvettes and watching sports. Gary and his dry sense of humor will be greatly missed. Gary is survived by his three children: Valerie Jo Lebo of Sun Prairie, Lorissa Kay Lebo of Chowchilla, CA and Corbin Lebo of Memphis, TN as well as six grandchildren. He is also survived by his sister, Marsha (Rick) Carlson and the mother of his children, Pamela (Craig) Stauffer. Gary is preceded in death by his parents. Honoring Gary's wishes, he will be cremated and services will be held in Pontiac, IL at a later date. Crawford Funeral and Cremation Service of Montello and Oxford is honored to be serving the family. www.CrawfordFH.com
To order memorial trees or send flowers to the family in memory of Gary Lebo, please visit our flower store.