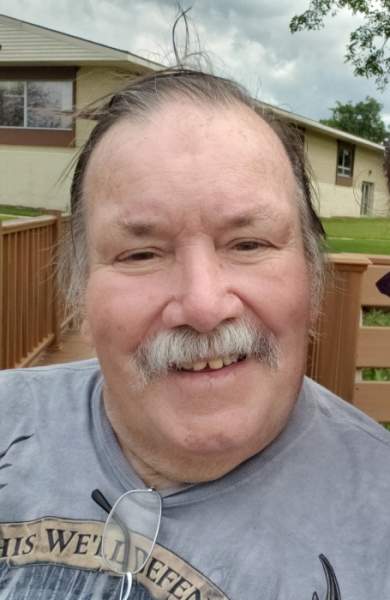 Gerald “Jerry” Howard Bynum , age 75 of Endeavor passed away Saturday, June 6, 2020 at the Columbia Health Care Center in Wyocena.  Jerry was born in Waukesha on January 7, 1945 to Barto and Esther (Henrikson) Bynum.  He graduated from Pewaukee High School in 1963 and entered the United States Marines where he valiantly served his country in two tours during the Vietnam War.  Jerry married Jane Wollenzien at St. Aloysius Catholic Church in West Allis on September 23, 1967.

Jerry was a steelworker for AO Smith in the Milwaukee area for many years until he and Jane moved to Packwaukee in the late 1980’s at which time he became a self-employed painter.  Recently they relocated to rural Endeavor.  Jerry loved to hunt and fish; he also carved and collected fish and waterfowl decoys.  He was an active member and past Commander of the Oxford VFW Post #6003 and was proud of his service to his country.

Jerry is survived by his wife of 53 years, Jane and two children: Keri Bynum of Whitewater and Eric (Nikki) Bynum of Chatham, England as well as two granddaughters: Lauren and Kyra and great-grandson, Kolton.  He is also survived by his brother, Robert (Barbara “Bobbi”) and brother-in-law, Donald Price as well as other extended family members and friends.

Jerry is preceded in death by his parents, sisters: Cathy (Robert) Laessig and Christine Price and brother, Jimmy.

Military honors for Jerry will be held at 1:00 PM on Saturday, July 2, 2022 at the Neenah Valley VFW Post #6003 Rural Oxford.  A lunch and celebration of his life will follow.

To order memorial trees or send flowers to the family in memory of Gerald Bynum, please visit our flower store.