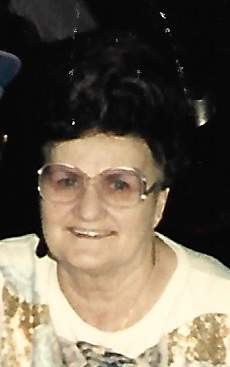 Geraldine “Jerry” Sophia Tofari, age 100 of Montello passed away Saturday, May 25, 2019 at Tivoli in Portage. Jerry was born in Fairmont, Minnesota to Jesse and Mary (Henry) Wilson on June 9, 1918. On October 17, 1936 she married Theodore “Ted” Tofari in Kankakee, Illinois and it wasn’t until 1949 that they moved to Montello.  Together were blessed with four children and 76 years of marriage until Ted’s passing in 2012.  Jerry and Ted farmed together and she also worked at Brakebush for many years.  She enjoyed dancing, family gatherings and was also a pet lover.  Jerry will be remembered for her ability to get her point across to others and her friendly demeanor.

A funeral service for Geraldine Tofari will be held on Thursday, May 30, 2019 at 11:00 AM at Crawford Funeral Home in Montello.  Visitation will be held from 10:00 AM until the hour of service.  Pastor Kristen Lowe will preside and burial will follow the service at the Montello City Cemetery.  In lieu of flowers, donations are preferred to the family for a memorial that will be established in Jerry’s name.

At the family’s request, in memory of Jerry, please wear something red to the service.

To order memorial trees or send flowers to the family in memory of Geraldine Tofari, please visit our flower store.