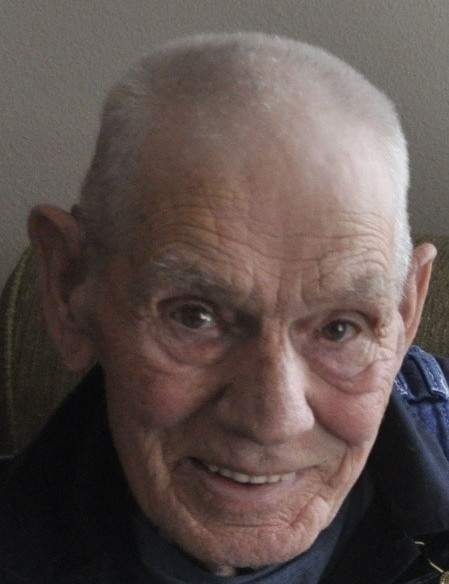 Glen Putnam , age 84 of Montello passed away on Friday, April 6, 2018 at Tivoli in Portage, Wisconsin. He was the fourth-born child of nine siblings. His early childhood was spent in Sun Prairie, Wisconsin. The family moved to Packwaukee prior to his entering high school; Glen graduated from Montello High School. He married Velda Babcock of Pardeeville in 1951. Glen and Velda resided many years in Pardeeville and raised their family there.

Glen was a welder by profession and worked for various companies in the region, and later owned and operated Columbia Stainless Fabricating. He and his family also owned a produce farm in the late 1960s, selling locally and in Chicago, where much of his produce went to fine-dining establishments. When he and Velda retired they returned to Montello, building a house on Buffalo Lake.

Metalwork had been his profession, but woodworking was his retirement passion, and the homes of his children and grandchildren all have examples of his craftsmanship. Glen was also an avid and able fisherman; he could often be seen out on his deck in his straw hat and overalls, catching dinner for himself and his friends.

Glen is survived by his wife, Velda, brother, Rollie and sisters: Eunice Poteete, Lois Smith, Yvonne Mulich and Helen Buckley as well as three sons: Larry, Kevin, and Edward.  He is also survived by his grandchildren: Janice Trew, Justin Putnam, Duane Putnam, Amber Carroll, Tiffany Williamson, Nicole Carlson, Brittany Jepson and Michael Putnam, numerous great-grandchildren and many more in his extended family. He will be missed by all.

A memorial service for Glen will be held at 11:00 AM on Wednesday, April 11, 2018 at the Crawford Funeral Home in Montello.  Visitation will be held on Tuesday evening from 4:00 until 7:00 PM and again on Wednesday from 10:00 AM until the hour of service.  Pastor Mike Vargo will preside and inurnment will take place at Marcellon Cemetery at a later date. In lieu of flowers, donations are preferred to the family for a memorial that will be established in Glen’s name.

To order memorial trees or send flowers to the family in memory of Glen Putnam, please visit our flower store.