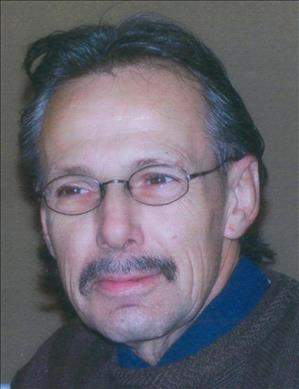 Glenn Lee Messner, age 63, of Montello passed away peacefully early Thursday, August 3, 2017. He was born on July 26, 1954 in Chicago to Gerald and Eileen (Marshall) Messner. Glenn served his country as a member of the United States Marines. He worked in the Chicagoland area as a HVAC technician for many years until permanently moving to Montello in 2010. Glenn enjoyed nature and being outdoors. He belonged to the Popular Creek Muzzle Loaders Gun Club and enjoyed shooting targets, and knife and hatchet throwing. He loved his cat, Micky, and was known as the Fish Whisperer. Glenn thoroughly enjoyed spending time with his many nieces and nephews, family and friends.

Glenn is survived by his mother, Eileen of Montello, and siblings: Lee Ann Messner of Montello, Bruce (Mary) of Hoffman Estates, IL, Robyn Quartetti of Belvidere, IL, Jerry (Marlo) of Inverness, IL and Alan (Andrea) of Hoffman Estates, IL. He is also survived by many nieces and nephews: Kyle Urban, Krystal Knebl (Jeff), Bobby, Jessie, Nicki, Jayden, Myles, Jillian, Mason, Alexandrea, Arianna, Annalise, A.J, and great-nephew, Jacob and great-niece, Arielle, He is also survived by his Uncle Ronald (Martha) and cousins, Mark and Roger, as well as many wonderful friends.

Glenn is preceded in death by his father, Gerald, son, Che and longtime partner, Ruth.

A memorial service for Glenn will be held on Tuesday, August 8, 2017 at 11:00 a.m. at the Crawford Funeral Home in Montello. Visitation will be held from 9:00 a.m. until the time of service. Father Dale Grubba will officiate and private family inurnment will take place at a later date. Immediately following the service, full military honors will be performed by American Legion Post #351 of Montello. In lieu of flowers, donations are preferred to the family for memorials that will be established in Glenn's name.

To order memorial trees or send flowers to the family in memory of Glenn Messner, please visit our flower store.