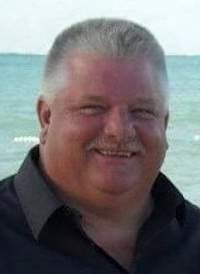 Gregory “Goody” Myron Goodhue , age 60 of Oxford passed away unexpectedly on Sunday, November 11, 2018 at Divine Savior Hospital in Portage.  Greg was born in Portage to Myron and Shelby (Galbraith) Goodhue on January 26, 1958.  He graduated from Westfield High School in 1976.  Greg married Sue (Hale) Holliday at the Oxford Presbyterian Church on October 8, 1983 and together they have always resided in Oxford.

Goody was employed at the Oxford Federal Prison for 26 years until retiring in 2012.  After retiring from the prison, he was working for Scott’s Construction as a salesman.  Greg was a very community minded individual and has been a longtime member of the Oxford Lions Club, receiving the Melvin Jones Fellowship Award for his dedicated service.  He is the current president of the Oxford Fire District as well as a longtime and current supervisor for the town of Oxford.  Goody was always up for a game of golf or a game of cards.  He will be remembered for his sense of humor, caring spirit and the love he had for his family.  Goody will be greatly missed.

Greg leaves behind his wife of 35 years, Sue and two children: Darcy (Alex Allen) Goodhue and Josh (Tracy) Holliday both of Oxford as well as two grandsons:  Hunter and Brody (Lindsey Verdine).  He is also survived by his great-granddaughter, Olivia Sue and three sisters: Debra (Gary) Gardner of Westfield, Myra “Jeanie” (Tom) Wastart of Oxford and Vicki (Larry) Coffey of Monroe as well as sister-in-law, Linda Goodhue of Oxford and step-father, Karl Shultz of Westfield.  Greg is further survived by special nephew, Devon Jungenberg and aunt, Cammie (David) Quinn as well as many nieces, nephews and other extended family members.

Greg is preceded in death by his parents, two brothers: Mike and Mark “Mooch.”

A funeral service for Gregory “Goody” Goodhue will be held on Thursday, November 15, 2018 at 11:00 AM at the Crawford Funeral Home in Oxford.  Visitation will be held from 4:00 until 8:00 PM on Wednesday evening and again on Thursday from 9:00 AM until the hour of service.  Pastor Brenda Pulver will officiate and burial will follow the service at the Oxford Village Cemetery.  In lieu of flowers, donations are preferred to the family for several local memorials that will be established in Greg’s name.

To order memorial trees or send flowers to the family in memory of Gregory "Goody" Goodhue, please visit our flower store.