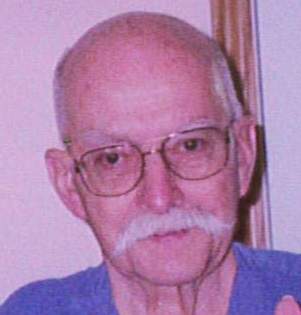 Guy James Wilson , age 83 of Montello passed away Sunday, February 24, 2019 at At Home Again Assisted Living in Rio.  Guy was born in Chicago, IL on June 1, 1935 to David and Wilda (Kobel) Wilson.  He served his country as a member of the United States Army.  Guy married Karen Garski on December 2, 1983 and the two have enjoyed many wonderful years together.  Guy loved to fish, work with wood and watch car racing.  He was always willing to lend a hand to anyone who needed it and will be remembered as a caring and thoughtful person.  While his health allowed, Guy was an active member of Trinity United Methodist Church in Montello.

Guy leaves behind his wife, Karen and stepson, Tom (Michelle) LaFaille of Pennsylvania as well as several nieces and nephews.  He is preceded in death by his parents and one brother.

A memorial service for Guy Wilson will be held on Thursday, February 28, 2019 at 3:00 PM at Trinity United Methodist Church.  Visitation will be held from 1:30 PM until the hour of service.  Pastor Kristen Lowe will officiate and full military honors by American Legion Post #351 of Montello will immediately follow the service at the church.  Inurnment will be private.  In lieu of flowers, donations are preferred to Trinity United Methodist Church, P.O. Box 460, Montello, WI 53949.

To order memorial trees or send flowers to the family in memory of Guy Wilson, please visit our flower store.