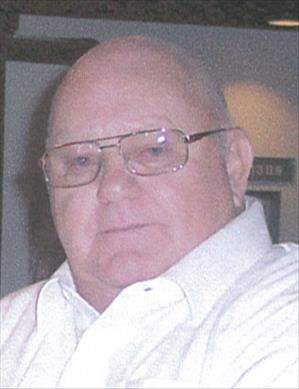 Harlow "Stub" Nelson, age 83 of Montello passed away Tuesday, May 30, 2017 at The Residences on Forest Lane in Montello. Stub was born on May 18, 1934 to Oliver and Mildred (Wheeler) Nelson in Oxford. On October 10, 1955 he married Janice "Jan" Nankivell and from that union came three children. Jan preceded Stub in death on September 13, 2007. Stub and Jan lived their entire married life in rural Montello. He was employed by the Marquette County Highway Department and retired after 29 years. Stub enjoyed stock car racing and was an accomplished horseman. He also enjoyed snowmobiling and camping in Northern Wisconsin.

Stub is survived by his three children: Tim (Lisa) Nelson of Madison, Melanee (Glenn) Schultz of Montello, Tracy (Wayne "Bud") Boeker of Germania and as well as three grandchildren: Laura (Ryan) Schmidt, Katie (Justin) Makowan and Cory (Chelsey) Boeker. He is also survived by three great-grandchildren: Austin, Flynn and Eva as well as two sisters: Nellie Harris and June Johnson. Stub is preceded in death by his parents, wife, Jan and granddaughter, Amanda Boeker and grandson, Joshua Schultz. Per Stub's wishes, private family services will be held at a later date.

He will be laid to rest in the Oakhill Cemetery, town of Packwaukee.

Crawford Funeral and Cremation Service of Montello and Oxford is honored to be serving the family. www.CrawfordFH.com
To order memorial trees or send flowers to the family in memory of Harlow Nelson, please visit our flower store.