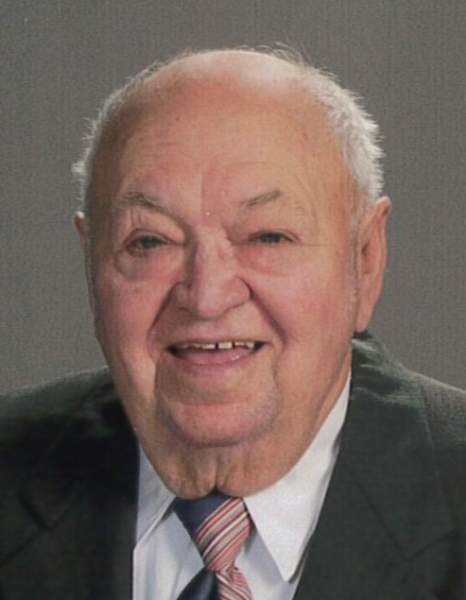 Harold Fandrey, age 84 of Montello passed away Friday, February 7, 2020 surrounded by family at his home.  Harold was born in Shawano, Wisconsin and graduated from Mattoon High School.  He proudly served his country as a member of the United States Army.  Harold worked and raised his family in Racine, ultimately relocating to the area in 1989.  He enjoyed hunting, fishing as well as playing golf.  Harold was a machinist by trade but farmed throughout his life and had a love for working with wood.  He was an active member of St. John’s Evangelical Lutheran in Montello.  Harold’s sense of humor and witty remarks will be greatly missed and he will be remembered for the love he had for his family.

Harold leaves behind his wife, Judith of 36 years and four children: Janice (Ray) Gerber, Debra Just, Karen Fandrey and Bruce Fandrey all of Racine as well as two step-children: Kim (Bob) Hanko of Berlin and Kelleen Grucza of Fond du Lac.  He is also survived by 10 grandchildren and 11 great-grandchildren.  Lastly, Harold is survived by his sister-in-law, Rosemary Umland as well as other extended family members.

In addition to his parents, Harold is also preceded in death by his first wife and mother of his children, Eldora who passed in 1981 and brother, Dennis Umland as well as step-son, Mark Watson.

A memorial service for Harold Fandrey will be held at 11:00 AM on Thursday, February 13, 2020 at St. John’s Evangelical Lutheran Church in Montello.  Visitation will be held from 9:00 until 10:45 AM.  Pastor Pete Zietlow will preside and military honors by American Legion Post #351 of Montello will be held immediately following the service.  Harold will be inurned at West Lawn Memorial Park in Racine at a later date.  In lieu of flowers, donations are preferred to St. John’s Ev. Lutheran Church, 313 E. Montello Street, Montello, WI 53949.

The family would like to thank Agnesian Hospice Hope of Green Lake for all their care and support during Harold’s final journey.

To order memorial trees or send flowers to the family in memory of Harold Fandrey, please visit our flower store.