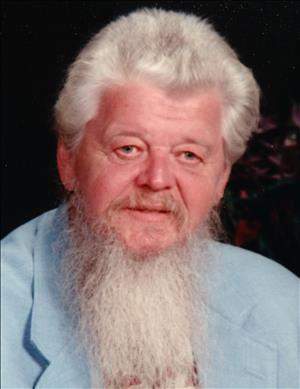 Harold Eugene Park, age 76 of Wisconsin Dells/Jordan Lake passed away peacefully Saturday morning, September 17, 2016 at his home surrounded by his family. Harold was born on January 30, 1940 to Calvin and Mildred (Balsiger) Park in Marysville, Ohio. He was a 1957 graduate of Marysville High School and furthered his education at Bowling Green University and graduated with a degree in Education from Lakeland College in Sheboygan in 1963. While attending school at Lakeland, he met the love of life, Gloria Nonhof; the two were united in marriage on Harold's birthday, January 30, 1965 at the Presbyterian Church in Manitowoc. Harold taught for several years in Gloria's hometown of Cedar Grove until moving to Wisconsin Dells on July 4th of 1965. He taught English, Social Studies and Latin as well as coached wrestling and Academic Decathlon which he was very proud that seven of the nine years his Academic Decathlon teams went to the state competition. Harold earned his Master's Degree from University of Wisconsin-Stevens Point in 1991 and retired from teaching in 1997. He enjoyed traveling with his family as well as reading, fishing, cooking, camping and motorcycles. Harold also enjoyed the time spent at his cabin in Canada and will be remembered for his sense of humor and doing it "his way." Harold leaves behind his wife of 51 years, Gloria and two children: Daniel and Sarah (Sylvan) Winden both of Wisconsin Dells and four grandchildren: Jared (Katie) Park, Jordyn Park, Leah Winden and Hannah Winden (fiancAC., Tanner). He is also survived by his brother, Richard, brothers-in-law: Darrel (Judy) Nonhof and Edwin (Cindy) Nonhof, sister-in-law, Marie Nonhof as well as many nieces, nephews and former students who meant so much to Harold. Harold is preceded in death by his parents, sister-in-law, Barbara Park and brothers-in-law: Virgil (Delores) Nonhof and Loren Nonhof. A celebration of Harold's life will be held on Saturday, September 24, 2016 at the Oxford VFW Neenah Valley Post 6003, N3250 1st Drive, Oxford, WI 53952 from 12:00 noon until 4:00 p.m. In lieu of flowers, donations are preferred to the First Presbyterian Church of Oxford, 210 South Miller Street, Oxford, WI 53952.

To order memorial trees or send flowers to the family in memory of Harold Park, please visit our flower store.