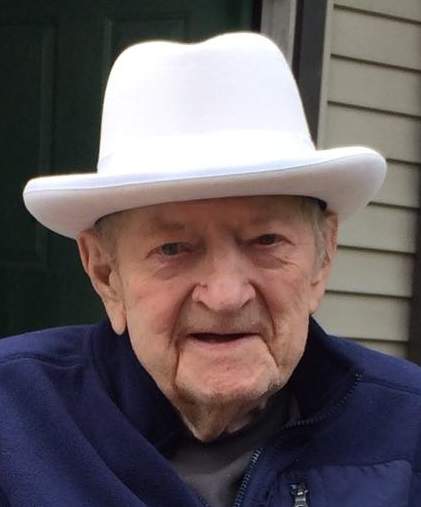 Henry Schmidt Jr., age 94 of Montello and formerly of Hinsdale, IL passed away Saturday, February 3, 2018 at Divine Savior Hospital in Portage.  Henry was born in Germany to Heinrich and Henrietta (Schneider) Schmidt on March 4, 1923 and immigrated to the United States of America when he was 4 years old, settling in Kenosha.  Henry served in World War II after graduating from Kings Point Naval Academy.  He was a Merchant Marine and traveled the world several times.  After completing his time in service, Henry returned to Kenosha and married Claragene Tappa on December 18, 1945 in Kenosha and together they were married for over 70 years living and raising their family in Hinsdale.  They moved to Montello in 2013 to be closer to family, residing at the Montello Care Center; Claragene preceded Henry in death on May 25, 2015.

Henry had a long career as Director of Research and Development for Industrial Filter and Pump, Inc. in Cicero, IL; he held dozens of U.S. and International Patents.  He enjoyed challenging repairs of all kinds and teaching others mechanical and chemical principles.  Henry “Hank” was a lot of fun to be around and had an excellent sense of humor.  He will be dearly missed and bring a smile to those who knew him.

Henry is preceded in death by his parents, wife and one sister.

A Mass of Christian Burial for both Henry and Claragene Schmidt will be held at a later date.

To order memorial trees or send flowers to the family in memory of Henry Schmidt, please visit our flower store.