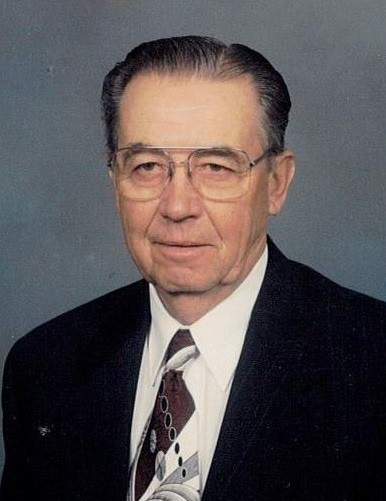 Hollis Willis Jones , age 92 of Branford, FL and formerly Montello passed away Sunday, March 20, 2022.  Hollis was born on June 21, 1929, in the Portage Hospital the only child of Willis and Ina Jones. At age 5, Hollis and his parents went to live on the family farm to help his grandparents. He went to Montello High School, sang in the FFA Quartet with others from Montello. He sang for the Lord all during his years as a soloist; for Youth for Christ, in church as well as weddings and funerals. He sang with his mother, Dad, and aunt Ada in a Quartet, over the WIBU radio station in Portage. He began taking private airplane lessons at Portage when he was 15, when he was 18 he attended the University of Wisconsin and got a degree in agriculture. His love for flying prompted him to complete his flying lessons and get his pilot license. He went in with 3 other men in 1969 and purchased a plane together that they parked in the Wautoma Airport. Over a period of time, he bought out each of the three men and brought the plane to his own home. It was fun going on Sunday afternoon rides with him. He used the plane a great deal in the Real Estate and Christmas Tree Business. Hollis and Alpharetta were married on Thanksgiving Day November 25, 1948, by Rev. Bruce Dunn. They were married 65 years before the Lord took Alpharetta home to glory in 2013. They had two children, Ron was born in 1951, and Suzanne was born in 1964. Ron and Janet have two girls Elizabeth and Lindsay (Steve Millette). Two granddaughters, Vanessa and Kylie, and one great-grandson, Matthew. Suzanne and Jeff Newman were married for 28 years and have two children Cassondra and Maxwell. Suzanne is remarried to Jonathan Rivera. Hollis attended Buffalo Presbyterian Church near Montello, serving as a Sunday School Superintendent, always emphasizing the importance of scripture memorization. He was Young Peoples Leader and served as Elder. Hollis farmed during the day. For a couple of years, he worked at Oscar Mayer on the night shift. In 1955 he opened "Oak Crest Boy's Ranch" and ran it until 1973. In 1967 he went to work for the Daggett Realty as Christmas Tree Manager and Real Estate Salesman. He obtained his Real Estate Salesman/Broker license after attending school in Madison. He stayed with Daggett Realty until 1980 when he opened his own Christmas Tree Farm working it up to an 18 farm operation. He sold Christmas trees wholesale, shipping out many semi-trucks each year across the United States. In 1987 Hollis bought 20 acres south of Branford from Roy Thomas. Two years later they parked a camper on the property. In 1989 they planted Christmas tree seedlings. In 1990 they put in a mobile home. In 2000 they built their home. In 2008 they sold their home in Wisconsin. Between 1988 and 2008 they operated both farms, 1230 miles apart. Often driving between Florida and Wisconsin 3 to 4 times each year (Gas prices were lower). There were a few years in the month of December when Alpharetta ran the Wisconsin choose and cut farm and Hollis ran the Florida choose and cut farm. One year Alpharetta was ready to drive  North for the Christmas tree season. Her friends at church were concerned that she would be making such a long trip all by herself. They said, "surely you're not going all by yourself are you?" She quickly replied, "of course not, the Lord and I are going together." That humor and quick reply of having Christ in the center of their thought and actions is typical of their entire way of life.

Following funeral services in Florida, Hollis will be laid to rest with a graveside service held on Friday, April 1, 2022 at 2:00 PM at Underhill Cemetery, Town of Packwaukee.   Pastor Tom Grey will lead the service.

To order memorial trees or send flowers to the family in memory of Hollis Jones, please visit our flower store.